TAMPA, Fla. - Things could soon look a lot different at Port Tampa Bay after the Centers for Disease Control and Prevention said cruising could re-start in U.S. waters by mid-summer.

In the letter first obtained by USA Today, the agency reportedly told cruise lines that it acknowledged cruising will never be a zero-risk activity and that the goal is to resume passenger operations in a way that "mitigates the risk of COVID-19 transmission onboard cruise ships and across port communities."

More specifically, a CDC spokesperson told Fox TV stations that passengers could set sail from the U.S. by mid-July depending on cruise lines' pace and compliance with the agency's Framework for Conditional Sailing Order.

Under the order, signed in March, cruise lines cannot operate unless they adhere to strict requirements outlined by the federal government.

Thursday's announcement from the CDC says the agency worked with representatives from cruise lines to clarify the existing order's framework. Among the clarifications, officials said ships may now bypass simulated voyages and move directly to open water sailing if 98% of the ship's crew and 95% of its passengers are fully vaccinated.

Fully vaccinated individuals will no longer need to undergo a Nucleic Acid Amplification Test, or NAAT, which is a type of viral diagnostic test for COVID-19. Instead, they would be able to take a simple viral test upon embarking on the cruise. 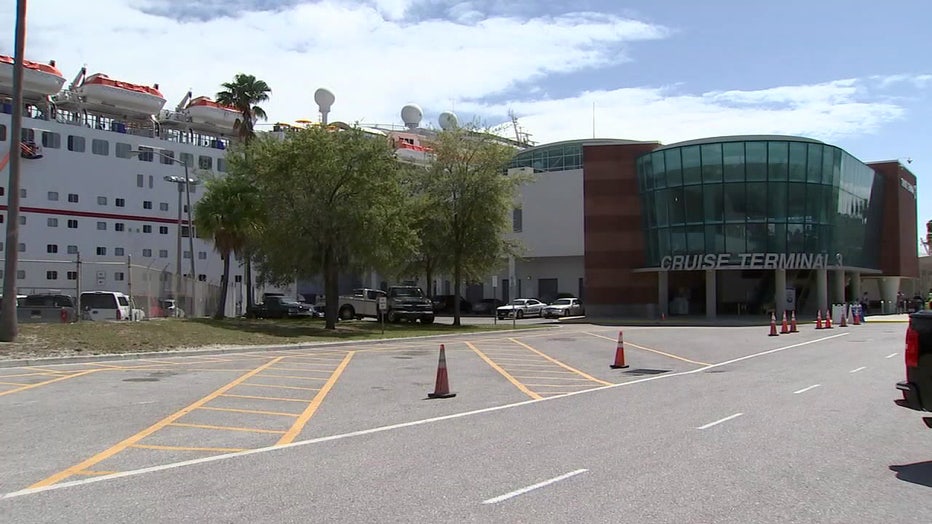 It's been more than a year without sailing in U.S. waters due to fears of spreading infection. Despite the potential re-start date, this does not mean the restrictions are going anywhere. Cruise lines will still have to meet these requirements before sailing can resume.

This comes on the heels of a lawsuit brought by Florida against the CDC and new legislation proposed by senators Rick Scott and Marco Rubio, aiming to override the CDC's restrictions on cruising and get ships sailing by July.

RELATED: The colossal choreography onboard a cruise ship at Port Tampa

Arguing that Florida is at risk of losing billions of dollars and tens of thousands of jobs, Gov. Ron DeSantis and Attorney General Ashley Moody on Thursday filed a lawsuit against federal health officials for sidelining the cruise industry.