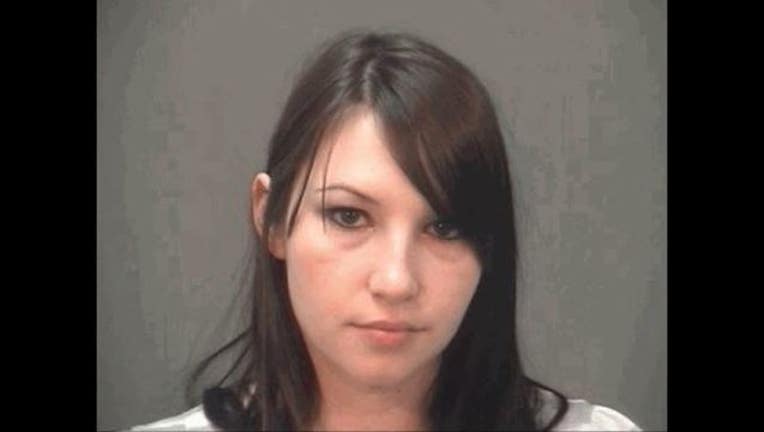 Amber Schmunk, 28, is chargd with reckless endagerment after she tied her son to to the roof of her minivan to hold down a plastic poll.

SAUKVILLE, Wis. (KMSP) - A western Wisconsin woman is charged with reckless endangerment after she allegedly tied her son to the top of her minivan to hold down a plastic pool.

On Sept. 9, Amber Schmunk, 28, was stopped by police in Saukville after a caller saw the boy on top of the minivan holding down the plastic pool.

Schmunk told police she had picked up a molded plastic pool to drop off at her sister’s house, but did not have enough room for it in the minivan. She decided to put the pool on the roof, but did not have anything to strap it down, so she had her nine-year-old son climb on the roof to hold it down, according to the criminal complaint.

She told police the boy was on the only for a short time before she decided to take him down and wedged the pool inside the minivan.

Schmunk said she believed it was “ok” to put her son on the roof because her father let her do things like that when she was that age, the charges say. She later said it was safe because she used a strap to tie him down on top of the pool.

Schmunk is charged with one count of recklessly endangering safety. She will make her first court appearance on Nov. 14.