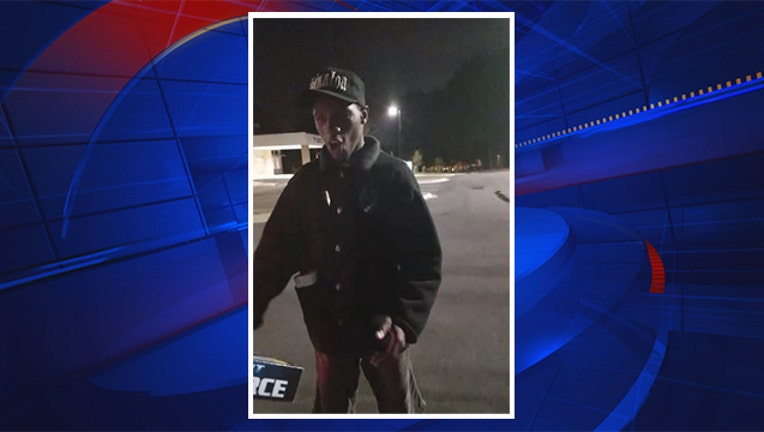 CHARLOTTE, NC (FOX 46 WJZY) - A Charlotte-Mecklenburg Police officer has become a social media sensation after posting a heartwarming video of himself delivering a gift to a local teen with a learning disability.

In a video posted to Facebook, Officer Alex Milhazes of the Hickory Grove division can be seen 'deputizing' a teenager who Milhazes says "just loves being around police officers."

Milhazes says he's gotten to know the young man well while working in the area of Regal Oaks and Albemarle Rd. over the past several months.

"He would walk over from the neighboring apartments to where myself and my partners are parked and ask us loads of questions about our jobs and police work," Milhazes said in a statement. "He would always ask for stickers, even when he would already have multiple golden badges strewn across his chest. His pure desire to be around us, and feel like he was one of us really sunk in with me."

That's when Milhazes decided to start searching for some police gear for the young man. He says he looked for about an hour before finding the right set, placed the order and on Monday, he was ready to surprise the teen with his new police kit.

"As fate would have it, two nights ago he came walking over to where we were parked on Regal Oaks, and I was surprised that I was the one that was suddenly giddy and excited," said Milhazes.

Milhazes tells the him to close his eyes while he pulled the present out of his patrol car. The young man smiles excitedly when he sees what the gift is, tears into it and tries out each item. You can see the full video below.

"I am at a loss for words at how happy he was when I gave it to him, and I'd be lying if I didn't tell you that I had to hold back tears of joy for the smile this little toy set gave him," Milhazes said on Facebook.

He says for the last two nights other officers in the division have told him that the young man has been showing off his new gadgets to the other officers, and pretending to chat with them on his toy radio.

Milhazes graduated from NC State University in 2012 where he majored in Criminology and Sociology and completed an internship with the Raleigh Police Department.