"Basically the entire middle part of the bay is dead right now. Like, nothing can live in that water," Kapela told FOX 13. "The wind is blowing out of the east for the last few days and starting to blow all that fish on Coquina Key. The eastern shorelines of the bay are getting really, really bad. It's also blowing it out into the gulf and we're starting to see patches of red tide out in the gulf, which is the first time I've seen that so far this year."

Kapela recorded a video that has since gone viral, with more than 200,000 views on Instagram, in which he covered himself with large dead fish, including a goliath grouper and a rotting tarpon to try to get the attention of state leaders who can help, including Gov. DeSantis. Kapela said he's considering taking drastic measures if the situation doesn't improve.

"I'm going to have to probably shut it down here pretty soon," he said.

Capt. Bryan Langston with Poseidon Fishing Charters, however, said the situation isn't as bad as it appears. He told FOX 13 there are areas of clean water and fresh fish if people know where to look. 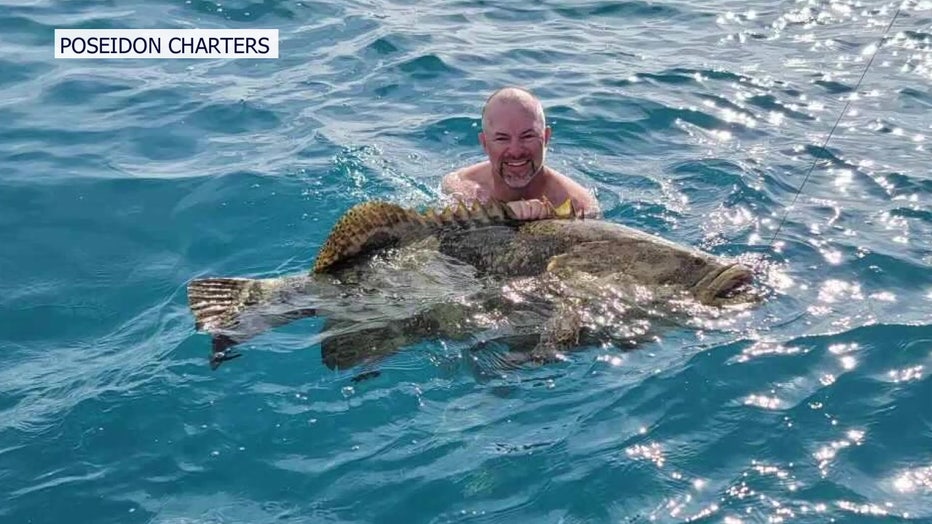 "There's plenty of fish out there. We want to still be able to bring the tourists that come here. We want to have them put them on the water, have them catch fish and let them have a really good time," Langston said. "We're hoping that this red tide within a week or two kind of clears out of here and we can go back to normal and kind of rebuild this fishery that we do love."

Still, both charter captains agree the situation is difficult, especially coming off a challenging year dealing with COVID-19.

"So you get the double whammy from COVID and red tide and it's not a good economic situation," Kapela said.