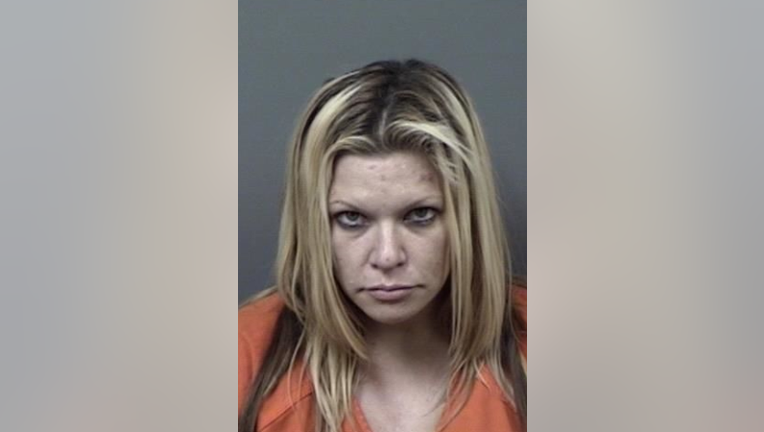 CITRUS SPRINGS, Fla. - A search warrant resulted in an arrest after Citrus County deputies confiscated drugs, guns, and a stolen motorcycle and ATV, which belongs to state officials.

Over the weekend, Citrus County entered the home of Brandy Nicole Risner after obtaining the warrant. The Citrus Springs home is located at 2691 West Arbutus Drive. Inside, deputies said they found methamphetamine, cocaine and 250 doses of heroin.

Risner was arrested on several charges including heroin trafficking, possession of meth, possession of a firearm and possession of paraphernalia. Detectives said she has two prior felony convictions on past drug charges.

"Our Tactical Impact Unit is doing everything in its power to target and take down these dangerous drug traffickers, most of whom have prior drug convictions," said Citrus County Sheriff Mike Prendergast. The Citrus County Sheriff's Office will  seize every opportunity to put these traffickers back into prison, so they can no longer poison our community.