Gov. DeSantis signed three bills at a Lee County middle school, two of which dealt with civics education, the other guaranteeing the freedom of expression at state universities.

The state is providing $6.5 million to create what’s being called the Career Pathways for Public Service Initiative, with the academies at Florida State College at Jacksonville, Polk State College and Broward College.

Money for the program will come from the Civics Literacy Excellence Initiative, which DeSantis set up last summer using $106 million in federal stimulus funds for schools.

The academies are expected to open in August 2023.

The colleges will partner with school districts, and students will be able to enroll in the programs starting in their freshman year of high school, DeSantis said. 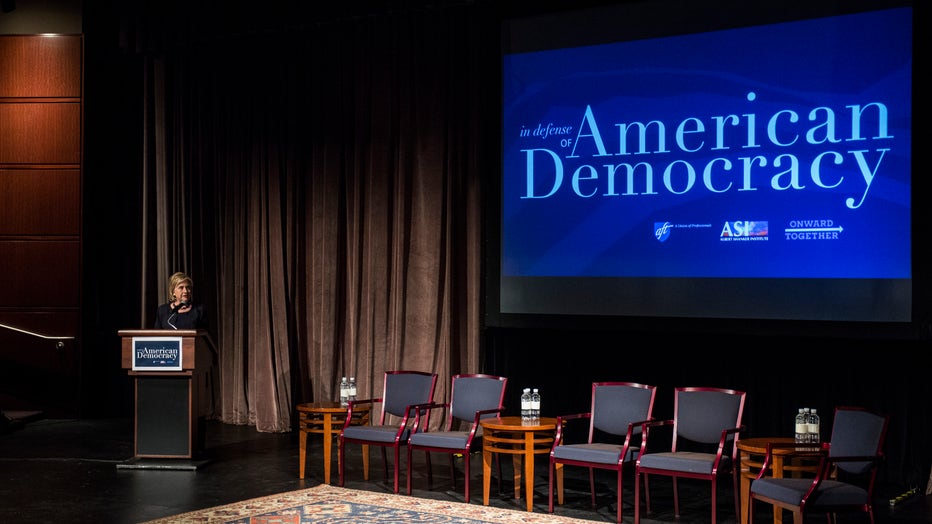 "They will be provided with the knowledge base and the tools to potentially have a career in public service," DeSantis said during an appearance at the Jacksonville college.

The programs will include courses in public-service leadership, careers and communication and apprenticeships with local and state agencies, a news release from the governor’s office said.

The Lou Frey Institute of Politics and Government at the University of Central Florida will develop the curriculum for the academies.

"[The program] will develop a civically engaged, highly skilled workforce and will prepare our students for jobs in state and local government," John Avendano, president of Florida State College at Jacksonville, said.