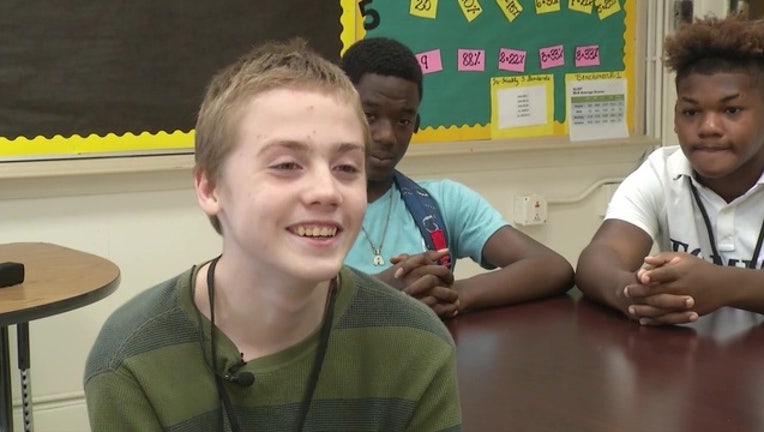 MEMPHIS, Tenn. - High school students in Tennessee are being praised for their act of kindness to a fellow classmate who had been bullied for weeks for wearing the same clothes each day.

WHBQ reports that freshman Michael Todd, who attends Martin Luther King Jr. Preparatory School in Memphis, was constantly getting bullied at his new school for his clothing.

"I've been bullied my entire life," the teen said. "My mom can't buy clothes for me because I'm growing too fast."

Because he doesn't have many clothes at home, Michael said he wears the same outfit nearly every day.

The relentless bullying caught the attention of his classmate, Kristopher Graham, who decided he needed to put an end to it.

"When I saw people laugh at him and bully him, I felt like I needed to do something," Kristopher said.

He approached his friend Antwan Garrett, and the two started gathering some of their own clothing to give to Michael.

The pair surprised the teen at school with their own clothes and shoes.

"He wasn't smiling, and I was like, yeah, I think this is gonna make him smile," Kristopher said. "At lunch he told me, he was like, 'You know, you two are the only two that actually ever gave me a gift.'"

Michael said he hadn't expected the act of kindness from his classmates.

"Awesome, the best day of my entire life," the teen said. "I was very happy, I was shocked completely."

The generosity has since gone beyond the school's walls, with people across Tennessee offering to send the teen more clothes.

Anyone who wants to donate clothing to Michael can send items to the school:

For more information on how to help, visit WHBQ's website.