TAMPA, Fla. - Thousands of acres of land in southern Hillsborough County are now off-limits to developers. County commissioners on Wednesday unanimously passed a 270-day moratorium on zoning changes that typically allow neighborhoods to be built on rural land.

Areas such as Wimauma and Balm, south and east of Tampa, are affected by the moratorium.

Supporters want the commissioners and staff to use the 270 days to develop better plans to prevent urban sprawl. Many say growth has outpaced building new roads, schools, and other infrastructure improvements to handle more people and cars.

"The law enforcement isn't there. The fire protection isn't there. What's wrong with that story?" asked Bill O'Brien of the Balm Civic Association. 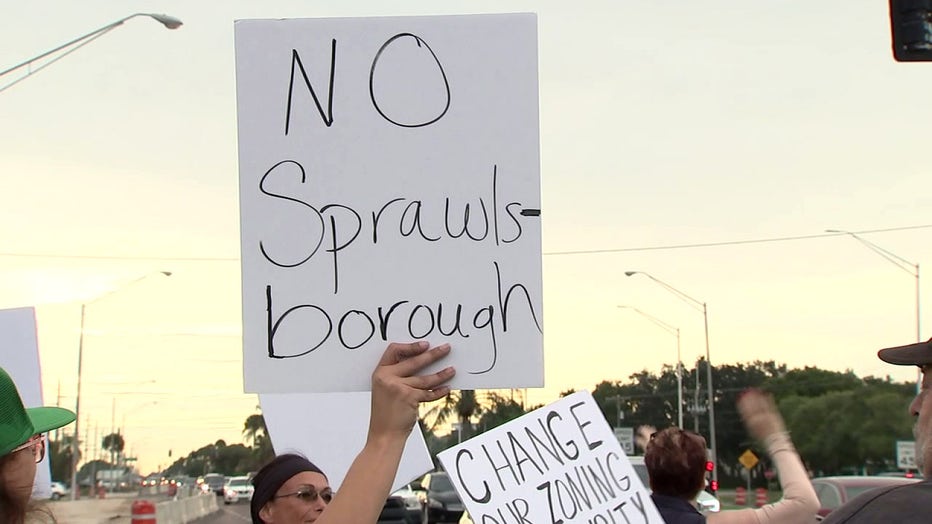 Jennifer Motsinger of the Tampa Bay Builders Association spoke in opposition to  the moratorium. She says impact fees and taxes from new development pay millions of dollars to the county.

"The money is there," she insisted. "It's not a question of money. It's a question of the commissioners allocating that money to fund growth-related infrastructure issues. These people have a level of service problem.”

The moratorium does not apply to projects already in the pipeline, but Motsinger says she fears commissioners will take further action harmful to the local building industry and the economy.