Law would give harsher penalties to those who harm officers

BRADENTON, Fla. - On the heels of a tragic weekend, when a Nassau County deputy was shot and killed and a blue alert was issued for Patrick McDowell, Republican U.S. Rep. Vern Buchanan believes it is time to act.

"Our first responders don’t need to hide or waver in their commitment to public safety. We need to have their backs," he said.

He's re-introducing the ‘Thin Blue Line Act’ to Congress. The bill would make the murder or attempted murder of a police officer or other first responders an "aggravating" factor in death penalty determinations.

The bill requires, however, that the killing involve federal jurisdiction – for example, an officer murdered on federal land or while serving as part of a joint task force or the interstate killing of an officer.

"Getting this bill passed will protect those that serve our communities and send a clear message that targeting or killing first responders will not be tolerated," Buchanan continued. 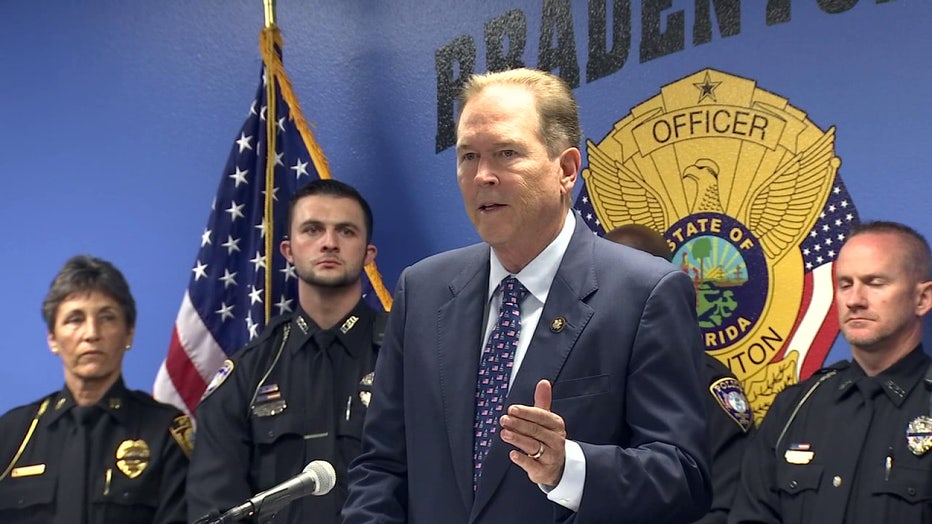 Under Florida law, killing a law enforcement officer is already considered an aggravating factor that can lead to a death sentence. Congressman Buchanan’s bill would apply nationwide.

"This change is necessary for the protection of our first responders against the violent attacks as they are rising," agreed Florida Attorney General Ashley Moody.

"When those folks, the true face of evil, attack, our brave men and women in law enforcement, we will hold them accountable," Buchanan added.