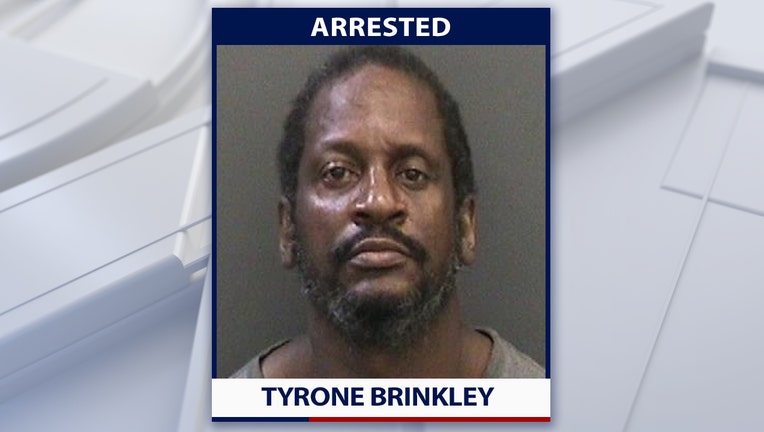 It happened at the Synovus Bank located at 1000 S. Broad Street shortly before 11 p.m.

According to the Hernando County Sheriff’s Office, Brinkley, who recently served eight years in federal prison for burglarizing Hernando County banks, smashed the glass door to the Synovus and stole various rolls of coins before leaving.

Using surveillance video, the HCSO Crime Analysis Unit identified Brinkley as a possible suspect due to the similarity between this bank burglary and bank burglaries that were committed in Hernando County several years ago.

After learning that Brinkley may be living in Hillsborough County, detectives reached out to the Hillsborough County Sheriff’s Office and Brinkley’s probation officer who said he was scheduled to work until 3 p.m. at Waste Management located in Tampa.

Deputies found Brinkley’s car in the parking lot of Waste Management and say he fled on foot when he spotted law enforcement.

Brinkley was arrested after a Tampa Police Department K-9 spotted him hiding in the bushes. He was charged with burglary of a structure and resisting without violence for fleeing from law enforcement.

Brinkley was taken to the Hillsborough County jail where he is currently being held without bond.