The increase of COVID-19 cases we're seeing in Florida is also happening in our local schools. More cases have been reported in Hillsborough County in just the last two days.

TALLAHASSEE, Fla. - Florida students will be able to continue to learn remotely through the second half of the school year as the state grapples with the COVID-19 pandemic, Education Commissioner Richard Corcoran said Wednesday.

“From the top down in this state, that will absolutely happen. There is no flexibility for anything but that,” Corcoran told the State Board of Education.

The reopening of brick-and-mortar classrooms, which were shuttered during the early stages of the pandemic this spring, became a political flashpoint after Corcoran ordered school districts to offer in-person instruction five days a week or be penalized financially.

Gov. Ron DeSantis and Corcoran have maintained that families need to have the option of choosing face-to-face instruction or distance learning for children, arguing that keeping students away from school can have damaging impacts on students’ physical safety, mental health and educational progress. 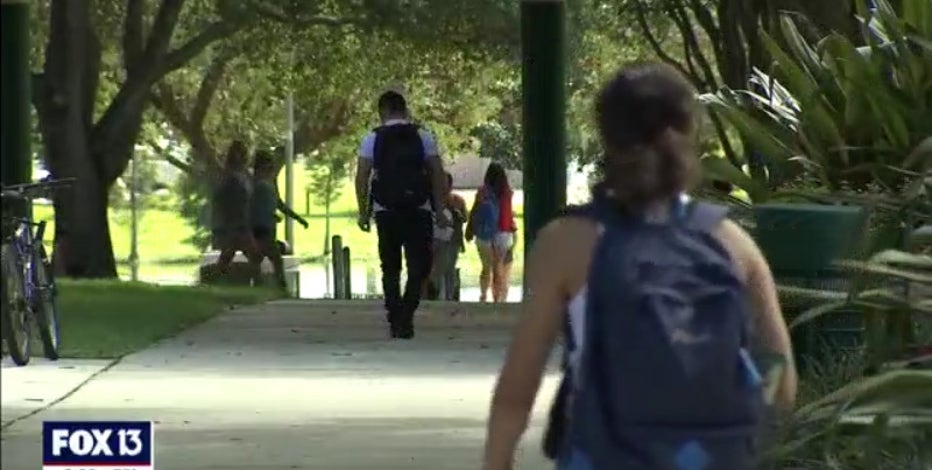 The Florida Education Association teachers union sued the state in July after Corcoran ordered school districts to offer in-person instruction when the 2020-2021 school year began. A key issue in the dispute involved part of the order that dealt with the way public schools are funded. The order effectively conditioned a portion of money on school districts submitting reopening plans that included the use of brick-and-mortar classrooms, in addition to offering online alternatives.

Corcoran told the state education board Wednesday that he expects to release another order addressing the pandemic by the end of this month. 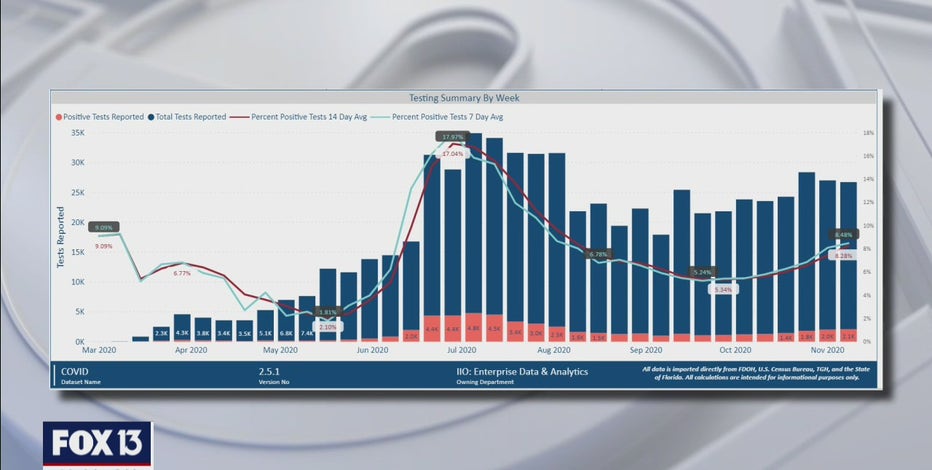 Scientists who track COVID-19 and make projections about the future spread of the virus say we need to act fast to flatten the current surge -- nationally and in Florida.

Board member Michael Olenick pressed Corcoran on the need to allow districts to keep offering distance learning, especially as the number of COVID-19 cases has spiked in recent days.

Since Florida’s first coronavirus cases were reported in March, COVID-19 has gone “from abstract to reality, and with that is a fear,” Olenick said, adding, “That fear is warranted.”

But Corcoran assured Olenick, a former general counsel for the Florida Department of Education whose term on the board expires at the end of the year, that DeSantis “will take nothing less than full parental choice.” 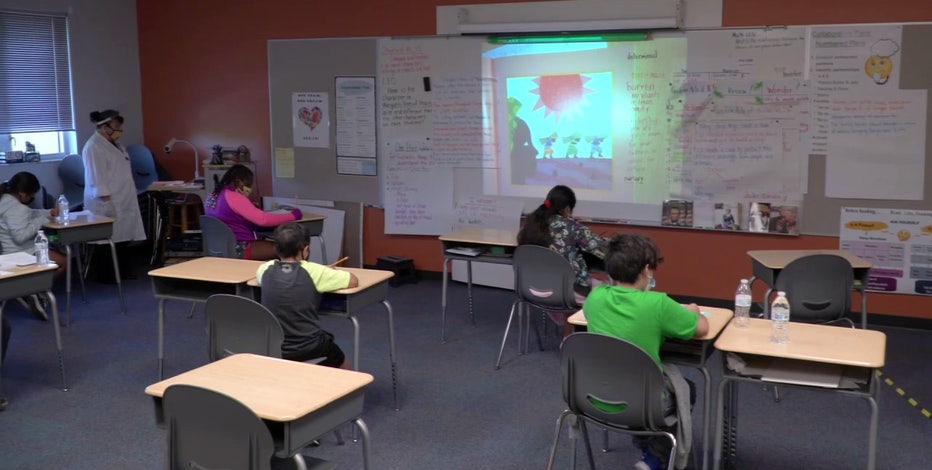 While the state of Florida said schools would need approval from their county health officials to offer virtual classes only, health officials say the state’s surgeon general instructed them to give no such approval.

Corcoran indicated his forthcoming order also will address students who may be falling behind academically because of the pandemic.

"We need to make sure there are either massive interventions for children or that they move to a different modality of learning," he said.

About 1.6 million of the state’s 2.8 million schoolchildren had signed up for in-person instruction when classes resumed in August, and that number is growing, Wakulla County Superintendent of Schools Robert Pearce told the board.

About 1,250 of Wakulla’s 5,500 students opted for distance learning when school began, Pearce said.

“We’re now at about 650,” he said. The superintendent of the rural county near Tallahassee said he anticipates that the number of students attending classes online will be between 400 and 500 following the winter break. 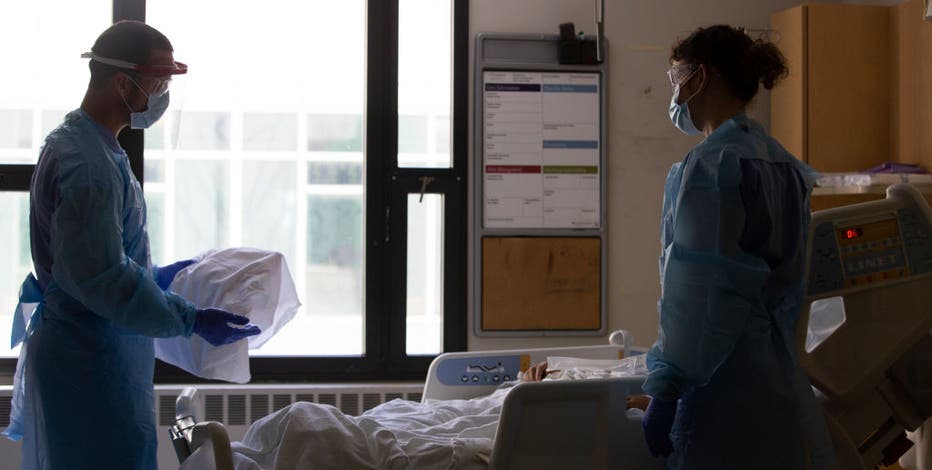 The number of people hospitalized with COVID-19 is hitting a record. According to the COVID Tracking Project, more than 73,000 people are currently in hospital beds nationwide.

While the number of students showing up for classes on campuses is on the rise, teachers continue to have qualms about face-to-face instruction, said Pearce, who addressed the board on behalf of the Florida Association of District School Superintendents.

“They are stressed. They are under a significant amount of stress. Even if they don’t express it, I know that they are feeling it. We need to be understanding of that,” he said, noting that teachers have retired early or left the profession due to fear of contracting COVID-19 or spreading it to their family members.

Fear “of the actual virus is very prevalent,” Pearce added. 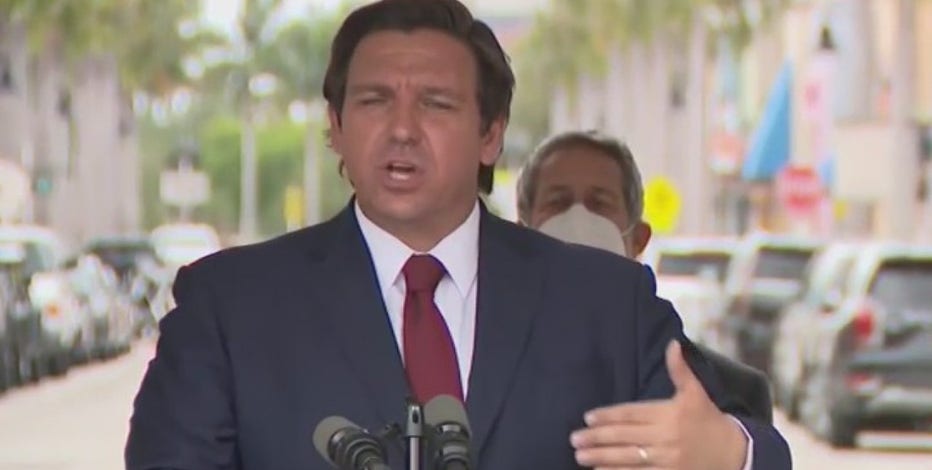 According to a recent White House coronavirus task force update, Florida is among the states that are in the red zone for COVID-19 cases.  The number of new cases has begun to trend upward over the past 45 days. The 10,105 new cases reported Sunday was the highest since July 25.

Appearing at Wednesday’s meeting in Tallahassee, Florida First Lady Casey DeSantis emphasized that in-person classes are a critical element of a “world-class education” for students.

“They must be empowered with the tools to live up to their God-given potential, and for our hard-working parents, it is not only critical for their needs, it is invaluable for our students’ development and well being,” said Casey DeSantis, who has made addressing mental health issues one of her chief priorities.

She introduced child-abuse survivor Phillip Adams, who painted a stark picture of harm he suffered at the hands of his stepfather as a child.

“I am a success story because, one, I’m very lucky, and two, I had really good teachers,” Adams said. “There are a lot of kids that are collateral damage in this stuff and they’re not going to be as lucky as I was. ... We’ve got to make sure that they’re OK.”

Olenick, who previously clashed with Corcoran over the mandatory reopening of schools, also advocated for teachers during what is expected to be his final board meeting. 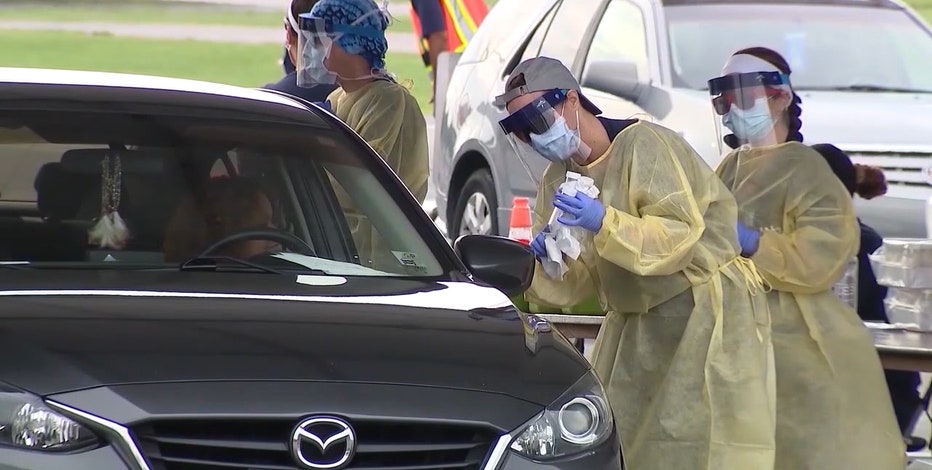 Gov. Ron DeSantis has said before he would not shut down the state again, and his communications director essentially echoed that sentiment in a tweet in response to Florida's rising coronavirus numbers.

With the state economy taking a major blow this year because of widespread shutdowns due to the pandemic,  lawmakers are contemplating significant budget cuts during the upcoming 2021 legislative session.

“We need to urge the Legislature not to pull the plug on teacher compensation. Any reduction will cause significant problems, both financial and from a labor standpoint,” Olenick said.

During this year's legislative session, the governor pushed through a $500 million package that boosted teacher salaries.

Corcoran noted that the Department of Education’s legislative budget request for next fiscal year fully would provide money to fund the salary increases, despite the economic downturn.

As schools look to return to “normal” operations somewhere down the line, state education officials plan to resume standardized testing after end-of-year tests were canceled while schools were closed.

Olenick, however, said schools and students should not be penalized for the test results.

“We’re in the middle of a pandemic,” he said, adding that the tests should be conducted. “We need to extend the test waivers. … My concern is that the actual use of these tests will impact teachers, schools and administrators perhaps unfairly during this time period.”

Corcoran said the state needs to proceed with the assessments.

“We’re going to move forward and have that accountability, then when we see those results, we can make those determinations based on fact,” he said. 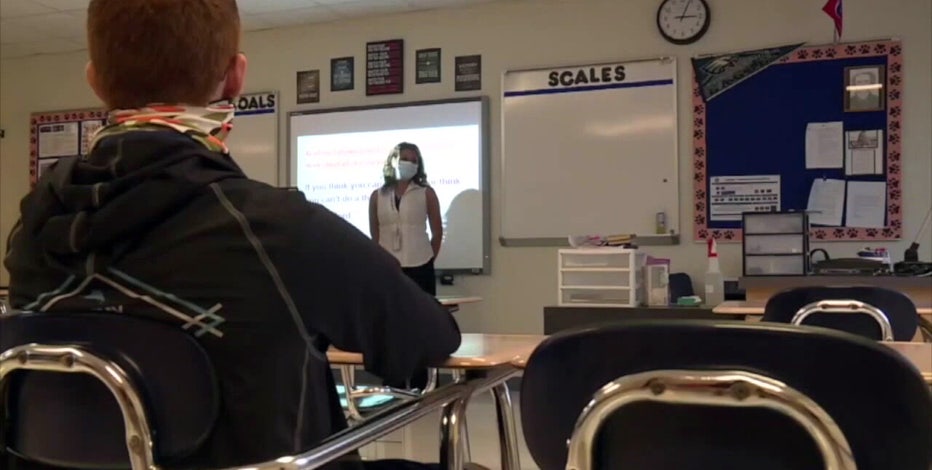 Trying to end months of legal wrangling, the state is urging an appeals court to keep in place a decision that backed Gov. Ron DeSantis and Education Commissioner Richard Corcoran in a fight about reopening schools during the COVID-19 pandemic.

July reopening order. But a three-judge panel of the 1st District Court of Appeal last month overturned the decision. The Florida Education Association is asking the full court to reconsider the ruling, even as schools across the state have resumed in-person instruction.

In a prepared statement following Wednesday’s board meeting, FEA President Andrew Spar argued that standardized tests should not be reinstated when students return to class following the winter break.

“This is not normal,” Spar said. “Let’s stop pretending that it is and focus on helping kids and families, not on getting students back on school campuses so the state can administer high-stakes tests. Let’s put our children ahead of high-stakes testing for once.”