Tia Hunt says a UPS Laboratory Box addressed to her daughter arrived over a week ago. At first she said they didn't think anything was off about the delivery.

"She just started a new job in the medical field," Hunt explained to WTTG. "She thought that it was something work-related, which is why she opened it." 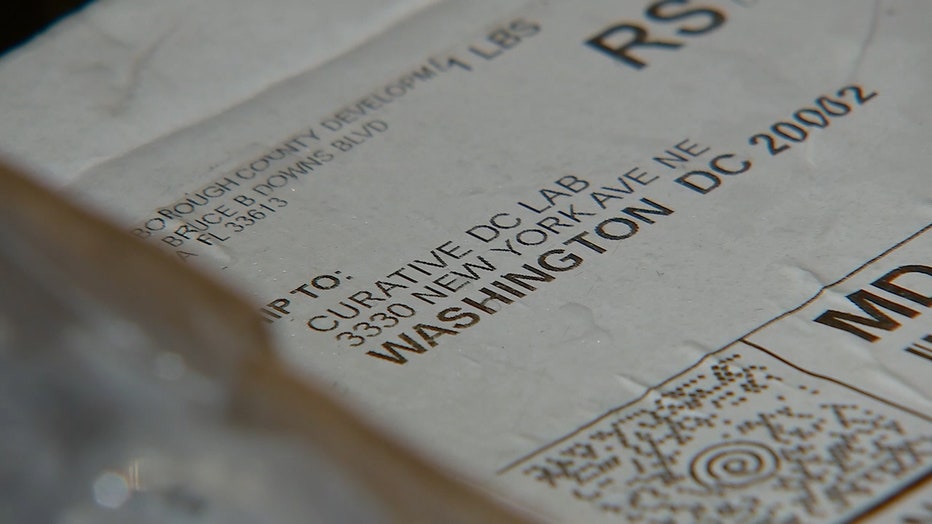 But once she saw what was inside, Hunt said they knew right away that the package wasn’t supposed to come to them. Inside, they discovered vials marked “biohazard” and recognized COVID-19 tests and patients’ samples.

That's when they also noticed that the box had multiple shipping labels attached to it: two with their Bowie home address and a third addressed to Curative lab in Washington, DC.

Hunt said they immediately began making phone calls to let the lab, Tampa facility that sent the tests and UPS know about the mix up, but she said more than a week later, no one has come to collect the box of patient samples.

"When I called [UPS] back again they pretty much were like they were not going to come back to pick up the package because now they know that it’s COVID tests," said Hunt. 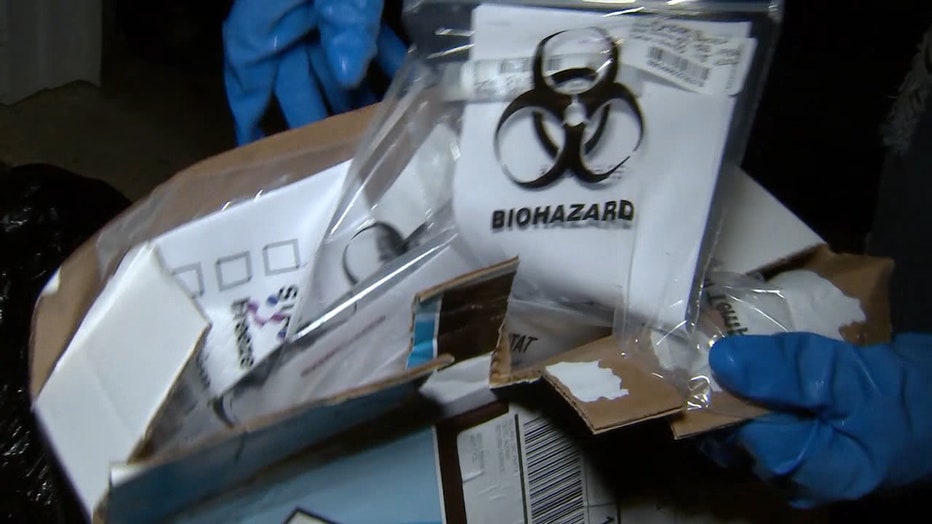 The tests were sent from Hillsborough County Developmental Center in Tampa. Facility administrator Iris Morales said she dropped the tests off at UPS, along with the label for the DC lab address where they routinely send tests. She's not sure how the other shipping labels ended up on her package.

Hunt said she’s also contacted Curative lab and the state health department, but no one seems to have an answer for what to do with the wayward tests.

Meanwhile, Hunt said they're still waiting for someone to either deliver the package to the lab or properly dispose of the tests and patient samples.

"I know just from being in the public health arena not to just throw the package in the garbage," said Hunt.