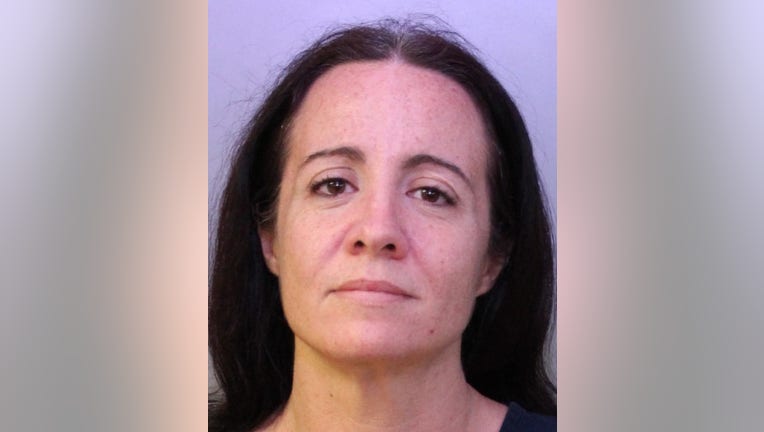 KATHLEEN, Fla. - Polk County deputies said a teacher with the school district faces a DUI charge after possibly taking a Xanax before driving behind the wheel.

Around 1:25 a.m. Friday, a deputy spotted a 2014 silver Nissan Sentra heading north on Kathleen Road that was swerving in and out of its lane. A traffic stop was initiated at Kathleen Road and Central Avenue NW.

The driver was identified as 40-year-old Robin Eileen Ramos.
A traffic deputy arrived to conduct a sobriety test and determined Ramos' was impaired, according to the sheriff's office. Deputies said she stumbled while walking and was swaying while standing.

According to deputies, Ramos told them she didn't consume any alcohol but did take a Xanax before driving. They asked her if the prescription included a warning about how people should avoid operating heavy machinery after taking a Xanax.

Deputies said she told them she didn't know, but said she should "probably look into that."

Ramos was arrested and taken to the Polk County Jail where she submitted a breath test. Deputies said the test didn't show any sign of alcohol. They asked her to submit a urine sample to detect the presence of any chemicals or controlled substance, but she refused.

"It's important to understand that certain medications can impair you to the point where you are unable to safely operate a motor vehicle," said Sheriff Grady Judd in a statement, "and that is not only dangerous and puts people's lives at risk, it is also against the law."

Officials said she told them she was a teacher at Kathleen Elementary School. However, they said she is listed as a fifth-grade teacher at Socrum Loop Elementary, according to the school's website.