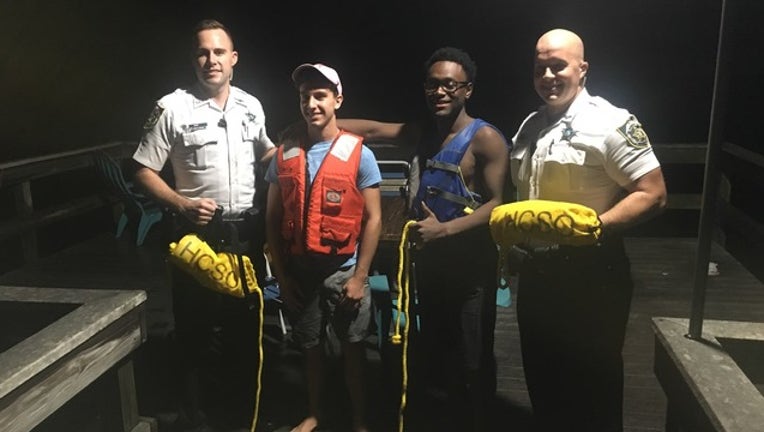 TAMPA (FOX 13) - Four Hillsborough County deputies are being credited with rescuing two teenagers who were stranded on a kayak Saturday evening.

The incident happened shortly before 8:30 p.m. in the water near the Bay Bayou RV Resort, which includes several canals connected to Old Tampa Bay.

Deputies said the teens, both 16-year-olds, were in the kayak when it overturned. The boys were unable to swim because of the fast-moving current.

Eventually the teens made it back into their kayak, but still couldn't get back to shore. That's when the first deputies on scene used two tow ropes to pull the kayak to safety.

The boys were not injured during the incident. The deputies who helped save them were Corporal Orlys Oquendo, Deputy Daniel Henry, Deputy Andrew Howard and Deputy Chris Dirmitt.