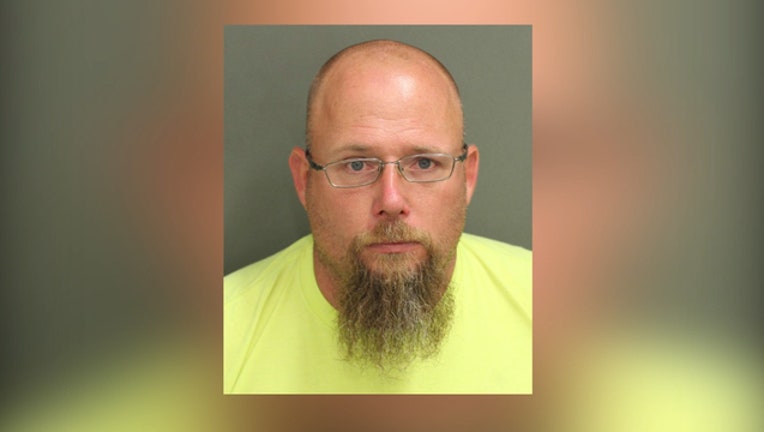 Ken Walley was sitting on the couch, watching television, when a bullet whizzed by his head.

"I actually could feel the air from the bullet as it passed by me."

His daughter, Monica Walley, was in the other room.

"I didn't think anybody was crazy enough to do this."

The Orange County Sheriff's Office said, because Monica left a negative review for a nearby restaurant, the gunfire was retaliation.

"When this all happened, I thought, no way ! I mean like, after a bad restaurant review? This doesn't seem right."

Deputies said three shots were fired into the home after a white Ford Flex stopped outside their residence on the night of August 20, the same night the review was posted.

One of those three bullets, narrowly missed Ken's head by inches.  He describes the noise "like a car backfiring."  He said he dove to the ground, and later found the .410 caliber bullet in a nearby laundry basket.

The review, posted on Walley's personal Facebook page said that her disabled mother was denied service at The Daybreak Diner. Walley said the diner told her mother she could not be inside the restaurant without another person with her. Instead, she would have to wait for her food order in her car.

Walley said in the past, her mother had a fall at the restaurant and she had only ever since returned with a companion.  Walley writes, "It was my mother's birthday, and all she wanted was her favorite Greek omelet. She arrived back home in tears."

"It was so upsetting, so I felt that I needed to share this, and it's my right to be able to tell others like what my experience is and what happened to my mother. I think anybody in my shoes would have done the same thing."

That post led to hundreds of negative comments online and several angry phone calls to the diner. The owner of The Daybreak said her business was ruined as a result.

On the diner's professional Facebook page, they posted a statement that started, "To our valued customers: recently Daybreak Diner has become the center of a social media controversy alleging discrimination against a customer. The Daybreak family pride ourselves in welcoming the community into our diner and have never and will never practice any form of discrimination."

Deputies arrested 42-year-old Normal Auvil. In their report, they said he is a friend of the restaurant's owner and a former veteran. They report he had several beers the night of the alleged shooting.

Auvil is charged with shooting into a dwelling and abuse of a disabled adult.