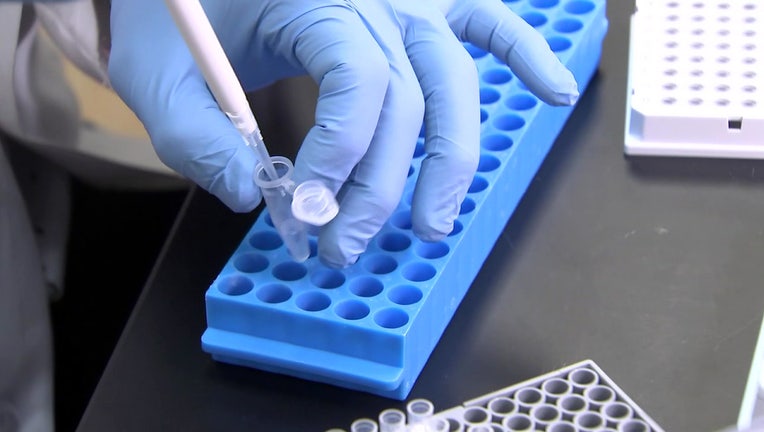 TALLAHASSEE, Fla. - As the federal Centers for Disease Control and Prevention on Tuesday labeled the Delta variant of the novel coronavirus a "variant of concern," Gov. Ron DeSantis downplayed the potential impact it could have on the state.

DeSantis avoided directly answering a reporter’s question about whether the state needs to do more to prepare for the Delta variant.

"There’s been a lot of talk about variants leading up to this," DeSantis said after a state Cabinet meeting. "I think it gets put out there in ways designed to frighten people."

The governor noted that a recent U.K. study showed that vaccines aren’t as effective against symptomatic infection from the Delta variant but that two doses of the vaccines are still effective in reducing hospitalizations.

The Delta variant was first identified in India and was designated as a "variant of concern" by the World Health Organization on May 10.

The variant now accounts for the majority of the coronavirus cases in the U.K. Prime Minister Boris Johnson delayed by four weeks the lifting of England’s lockdown restrictions.

RELATED: COVID-19 was likely in US by Christmas 2019, new blood samples suggest

Until Tuesday, the Centers for Disease Control and Prevention had classified the Delta strain as a "variant of interest." That meant there was evidence it was associated with increased transmissibility and disease severity but that it could have limited prevalence or expansion in the United States or other countries.

But the CDC reclassified the Delta variant to a "variant of  concern," meaning scientists believe there is evidence of increased transmissibility and increased disease severity.

Gottlieb’s remarks came after Anthony Fauci, President Joe Biden’s chief medical adviser, urged people last week to get vaccinated to hold off the spread of the variant in the United States.

The variant is primarily spread through adolescents and children, which contradicts DeSantis’ repeated statements during the pandemic that children are not "vectors" or responsible for the spread of the virus.

Meanwhile, DeSantis acknowledged that he expects the numbers of COVID-19 infections in the Sunbelt to increase over the summer and urged people to get vaccinated.

"I don’t think it’s going to go up anywhere like it did last summer because we have so much immunity," DeSantis said, referring to the millions of people who have gotten vaccinated during the past six months. "But the best thing you can do, particularly if you haven't gotten the vaccine, particularly if you have any health problems … is to get a shot."

A report released Friday by the Florida Department of Health said 8,659,077 people in the state were considered fully vaccinated, while another 1,801,720 had received first doses in two-dose series.