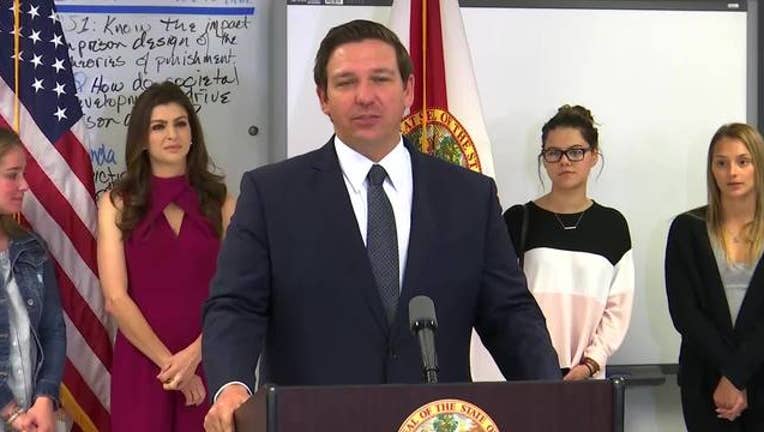 JUPITER, Fla. (AP) - Florida's governor says two businessmen tied to President Donald Trump's lawyer and now facing criminal charges were just donors to his campaign and "nothing more than that."

Gov. Ron DeSantis was asked Wednesday at a news conference about Lev Parnas and Igor Fruman, who were photographed at the Republican governor's election party last November.

After the men were charged with campaign finance violations, DeSantis directed an affiliated political action committee to return $50,000 the men donated through a company.

Florida Democrats say DeSantis needs to further explain his relationship with the men.