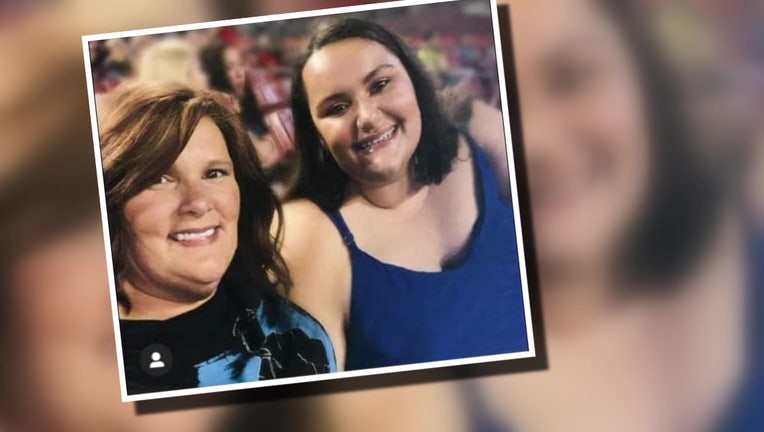 ST. PETERSBURG, Fla. - Investigators in Omaha, Nebraska say Angela and Alexis Jolley had been sleeping in their car at Walmart parking lots the last few nights before the 46-year-old mother died at an Omaha hospital Wednesday morning.

The mother and daughter were reported missing by family members in St. Petersburg, Florida nearly a week ago. Officials and loved ones were working to piece together their whereabouts when they got the call that Angela had died.

St. Pete detectives said it appears Alexis and her mother decided to go to Nebraska last week but did not tell anyone about their plans. They were last seen by family and friends in their home Wednesday, July 22 at 11:30 p.m. but were then spotted packing up Angela's dark-blue 2018 Toyota Camry the following morning.

Later Thursday, the pair was recorded by a surveillance camera at Angela's bank, where they withdrew and transferred money between two accounts.

The last sighting of the vehicle was Saturday at 7:09 a.m. in Memphis, Tennessee.

Angela and Alexis Jolley were last seen by family and friends in their home on Wednesday, July 22. Their families just want to know they're OK.

Despite the sightings, officials were still concerned. Both Alexis and Angela left their cell phones behind and there was no sign of a struggle. They also took their two dogs along on the trip.

Then, almost a week after Alexis and Angela were last seen by their family in Florida, St. Petersburg police detectives said 19-year-old Alexis contacted them to say her mother died from a medical episode.

Investigators with the Sarpy County Sheriff's Office said they learned Alexis and Angela had been sleeping in their car as they traveled.

According to Cpt. Kevin Griger, the pair stopped in Lincoln, Nebraska before ending up in Gretna, a small town outside of Omaha.

Angela and Alexis stopped at a local gas station to wash up early Wednesday, July 29. Griger says that’s where Angela began having trouble breathing and told Alexis to call 911.

An ambulance took Angela to the hospital, where she died.

Griger characterized the circumstances as odd, but not suspicious.

Alexis’ half-sister, Desiree Cook said the family has no relatives in Nebraska.

An autopsy on Angela’s body is scheduled in Sarpy County Thursday.