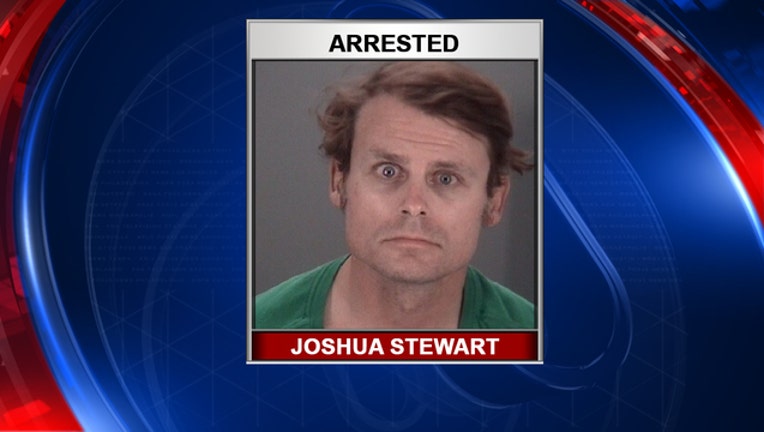 PORT RICHEY, Fla. (FOX 13) - A disbarred lawyer found himself in trouble with the law again after shoplifting while carrying drugs, according to Pasco County deputies.

In March, 41-year-old Joshua Stewart was accused of setting fire to a 47-foot yacht. He was a lawyer in New Port Richey, but was disbarred in December 2017 for an unrelated felony charge.

On Friday, Pasco County detectives said Stewart walked into a Home Depot in Port Richey, grabbed several items and placed them in his pockets. He was seen by a lost prevention officer walking past the cash registers without paying for those items, officials said.

The lost prevention officer detained him and the responding deputy said Stewart admitted to trying to steal those items.

During a search, deputies said they found controlled substances on Stewart. He was arrested for retail theft and possession drugs.