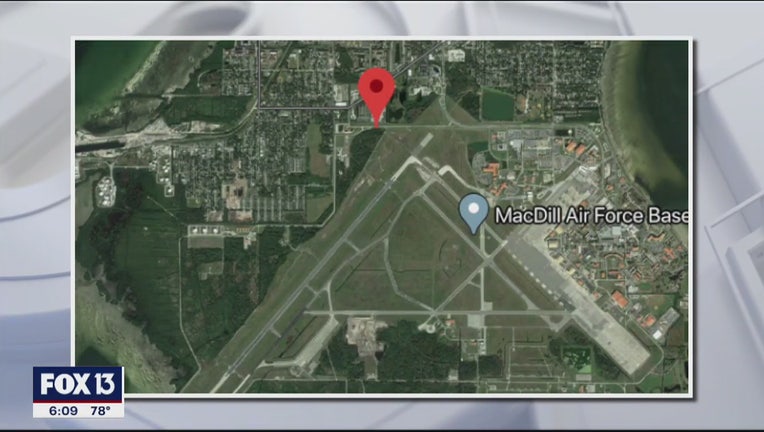 TAMPA, Fla. - An extensive search for forgotten graves on MacDill Air Force Base began Tuesday, with a team of experts surveying the land believed to be the final resting place for African Americans in the early 20th Century.

Paige Dobbins, an archeologist with New South Associates, is leading the search of a wooded, wetland area on the base, near the Tanker Way gate.

"What we're looking for is evidence of stacking up on top of itself," Dobbins said. "We're looking for deeds, records that indicate that there was something there, a person [who] remembers seeing a grave marker, [or if] we find stones out there that look like they could be grave markers."

Dogs search for graves at MacDill

Late last year, experts at the Tampa Bay History Center notified officials at MacDill there may be a forgotten cemetery on its land. After that, the area was cordoned off and planning began to search for the graves.

"This land has been pretty much untouched throughout the entirely of MacDill being here," said Lt. Brandon Hanner, a spokesperson for MacDill.

This search will include dogs that can detect human remains, which have had a lot of success in the past. In a previous search, Susan Goodhope's 11-year-old dog, Shiraz, once uncovered a small toe bone dating back to 650 A.D.

"The dogs will be out there looking for a mixture of volatile gasses that decaying bodies give off," Goodhope said.

This is the latest in a series of searches for lost cemeteries. Last year, scientists located hundreds of graves, most connected to the Zion and Ridgewood Cemeteries in Robles Park and at King High School, respectively.

After experts determine where the graves on MacDill might be, crews will use ground-penetrating radar to take a deeper look. The process is expected to last until next Friday.