TAMPA, Fla. - Big changes are coming to the traffic flow along South Dale Mabry Highway.  Construction started this week on a project to modify all of the medians between Gandy Boulevard and MacDill Air Force Base.

Drive down Dale Mabry Highway south of Gandy and you will have 24 chances to turn either direction onto a cross street.  The state reviewed crash data over four-years for this corridor and says intersections without medians are dangerous.

"Those 24 locations had 127 crashes, they had 86 injuries and one fatality, so that’s a big red flag for us," said FDOT spokesperson Kris Carson.  "When you have that many crashes and a fatal crash, DOT needs to do something for safety."

Work started Monday ripping out all of the existing medians along the 1.4-mile stretch of roadway. Six of the medians will be closed off, and eleven will be converted into directional medians.  When the construction is finished you will only be able to drive straight across Dale Mabry on a cross street that has a traffic light.

"We’ve got to prevent those crashes that are caused by head-on and cross-over traffic, those are really deadly accidents," Carson said. 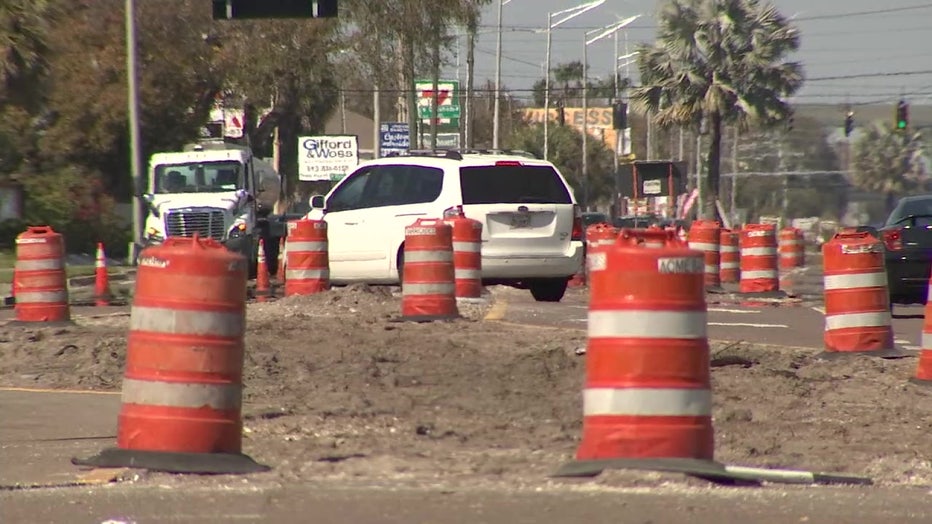 The nearly $3.1-million project will force drivers to make more U-turns along the corridor.  A change some drivers are concerned will just add more time behind the wheel in an already congested area.  Officials say making a U-turn to get across the highway is about 25% safer than turning left from a side street.

"Once they get used to the change they’ll realize it’s a much safer maneuver than what they had out there before," said Carson.

The work is set to be complete sometime this summer.  Officials say folks who live and work in this area can expect lane closures over the next few months.