TAMPA, Fla. - It is the newly formed sixth branch of the military, and now the U.S. Space Force is searching for a place to build its permanent command center. Eight communities in Florida are officially in the race, including two in Tampa Bay.

The newest branch of the Armed Forces is tasked with protecting our military systems in space, like satellites used for GPS, communication, weather and gathering intelligence.

"We will build this new service in a way that strengthens our joint force and allows us to move with the speed and agility needed to respond,” said Chief of Space Operations General John W. Raymond.

The U.S. Space Command will house around 1,400 personnel, and cities in 26 states are vying to be the Air Force’s top pick.

Governor Ron DeSantis recently sent a letter endorsing eight communities in the Sunshine State to land the center, saying, in part, “Florida is home to more than 20 military installations and three combatant commands. Our state has a long history of support for our nation’s efforts in space.”

“I’m pretty confident we can get on that short list,” said Dale Ketcham, VP of government and external relations for Space Florida.

He says the state’s most competitive advantage is the growth of the commercial space marketplace.

“Being able to offer that to the Department of Defense, that you can get your military requirements met faster and cheaper by more relying on the commercial sector, that gets to be a pretty compelling argument,” Ketcham said. 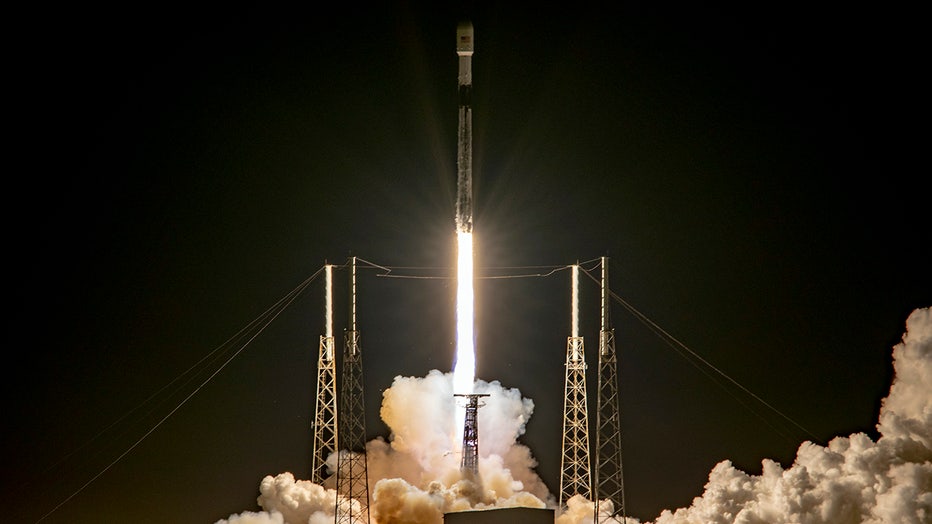 A SpaceX Falcon 9 lifts off from Cape Canaveral Air Force Station on January 6, 2020.

The cities of Jacksonville and Pensacola submitted bids, along with Brevard, Orange, Seminole and Miami-Dade counties. Rounding out the list are Hillsborough County and Pinellas County.

“We took the first step and we’ll see what happens,” Commissioner Pat Gerard with the Pinellas Board of County Commissioners said. “We’ve got a great piece of property that seems like perfect size, perfect location, out by St. Pete Clearwater Airport.”

In their letter, Hillsborough leaders touted MacDill Air Force Base, the large population of veterans and the concentration of defense and security industry businesses as reasons the area should be considered.

Ketcham says the next step is an evaluation phase, followed by extensive questionnaires from the Air Force. We’re told those answers will be used to whittle the list down to a select group in the final running.

“We don’t know how many they’re going short list down to, probably six, eight, 10, and then they’ll go to those communities, actually visit and view the locations,” said Ketcham.

For now, U.S. Space Command is temporarily based in Colorado.  A decision about its permanent home is expected in early 2021.