MULBERRY, Fla. - Firefighters in Polk County said two people were pulled from a house fire, but they later succumbed to their injuries.

Officials said a neighbor spotted the flames at the back of the home – located along Willis Road in Mulberry – around midnight Wednesday, and dialed 911. That neighbor told officials an elderly couple lived in the home.

Firefighters had to smash through a window to get inside, where they encountered "zero visibility and extreme heat" from the intense blaze, a Polk County Fire Rescue spokesman said. But they were able to retrieve 86-year-old Carl Caldwell and his wife, 80-year-old Denise. Officials said both had significant injuries.

The couple was taken to Bartow Regional Medical Center where they passed away, according to PCFR.

Neighbors paint a picture of the elderly couple as quiet and kind. Denise was a retired chemist; Carl, a retired carpenter.

“I didn’t know them too well, I knew the older gentleman had gotten to the point where he was having to use his walker to pull out the trash cans to the side of the road,” said neighbor Jeffrey O’Donnell. Kind of kept to themselves mostly, as most people in this area kind of do.” 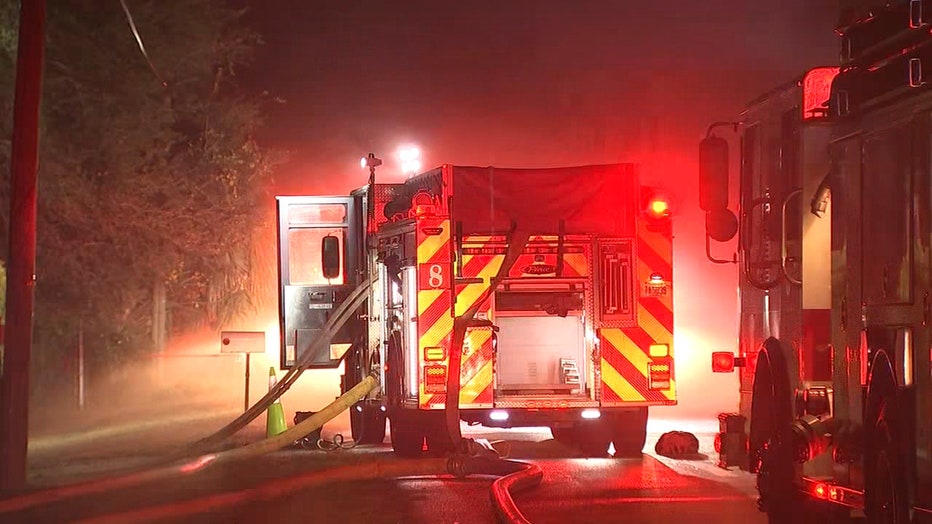 “I had just seen them the other day,” added Jimmy Crotts. “They were solid Americans. Just the kindest people you could meet. It’s just a shame it would happen.”
Polk County detectives are investigating their deaths. The exact causes of death may be determined once an autopsy is completed.

The cause of the fire also remains under investigation. Officials said nothing at the scene appeared to be suspicious as of Wednesday morning.