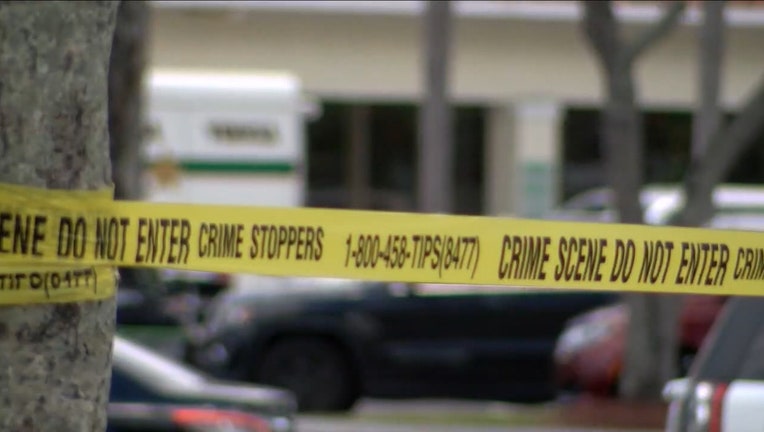 ROYAL PALM BEACH, Fla. - Days after a man entered a Publix in South Florida and fatally shot a grandmother and her 1-year-old grandson before turning the gun on himself, his ex-wife released a statement saying that while the shooting was a tragedy, she is frustrated with the sheriff’s comments made after the double-murder.

According to The Palm Beach Post, the statement read in part:

"We want to express our deepest condolences to the family that was so tragically impacted by the actions of Timothy Wall last week. There are no words that can adequately express the sadness and sorrow that is felt for the family of the victims."

The former spouse said Timothy Wall, who was identified as the shooter by police last week, suffered from mental illness and during their marriage, her family was involved in seeking treatment for him. But that came to a halt after the divorce, reports CBS 12.

Palm Beach County Sheriff Ric Bradshaw said Timothy shared on Facebook that he wanted to kill people and children. Following the Publix shooting, the sheriff said the killings could have been avoided. 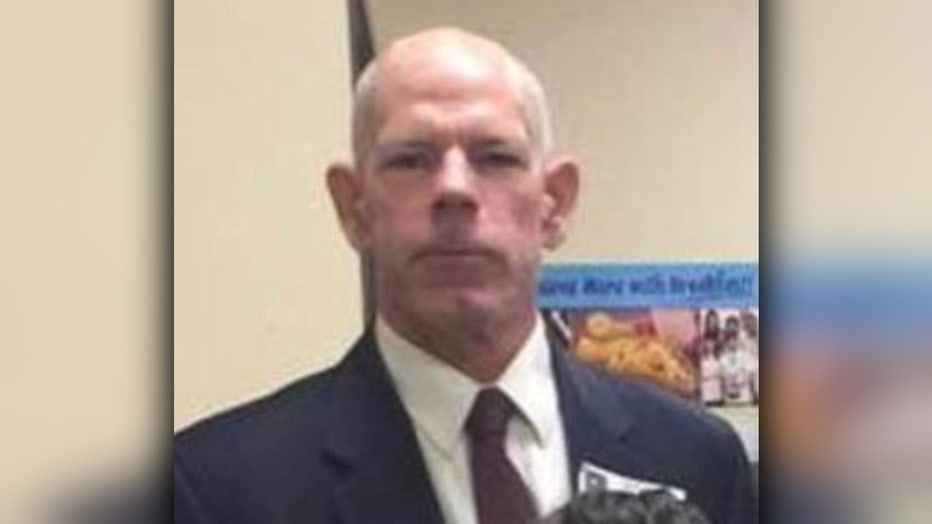 The deadly shooting inside the Publix occurred on June 10, shortly after 11:30 a.m. The store is located in a strip mall along Royal Palm Beach Boulevard.

When first responders arrived, they located the bodies of Timothy and the two victims in the produce section where they were pronounced dead.

"[The] real sad part of this tragedy, other than the fact two innocent victims are dead, is that there was a chance this tragedy could have been stopped," the sheriff said last week.

In Monica’s statement, she stated she was "disheartened" by the sheriff’s words, saying he insinuated she could've done more to warn authorities, reports The Post.

"We are disheartened by the approach that has been taken by the Sheriff of Palm Beach County during this difficult time for all parties involved," the statement read. "Without knowledge of all the facts, the Sheriff specifically mentioned Mr. Wall’s ex-wife in a press conference and insinuated that she and her family should have done more to prevent this tragedy." 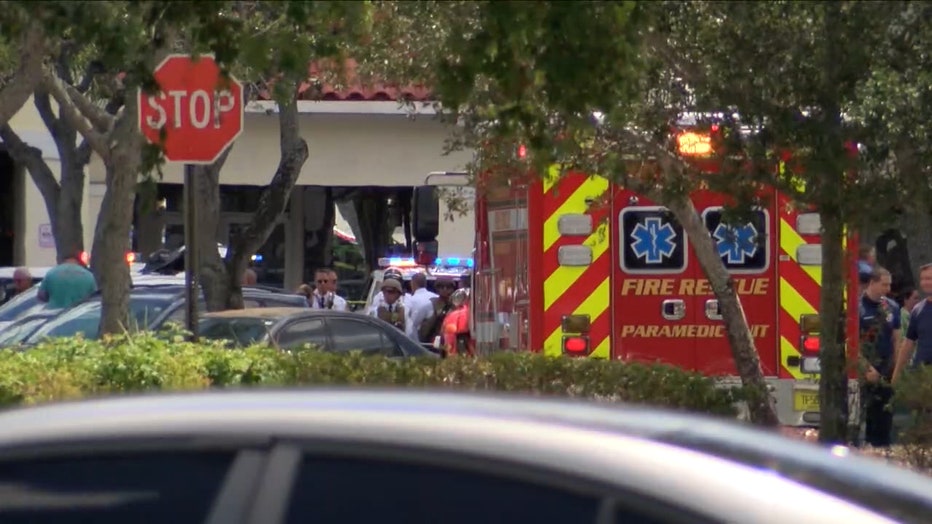 The Post reported that Monica did not follow Timothy on social media and was unaware of any mental health treatment he may have had following the divorce.

The sheriff’s office responded to the statement, saying they were unaware Timothy was a danger to others. According to the agency, deputies responded to two domestic disputes involving the couple.

According to The Palm Beach Post, the sheriff’s office said, "At no time was Timothy Wall’s mental stability ever mentioned."

"Timothy Wall’s family and friends may have been aware of his behavior and should have notified authorities, but by their own admission, the family states, that they are not aware of Mr. Wall receiving any mental health treatment since the divorce in 2019." 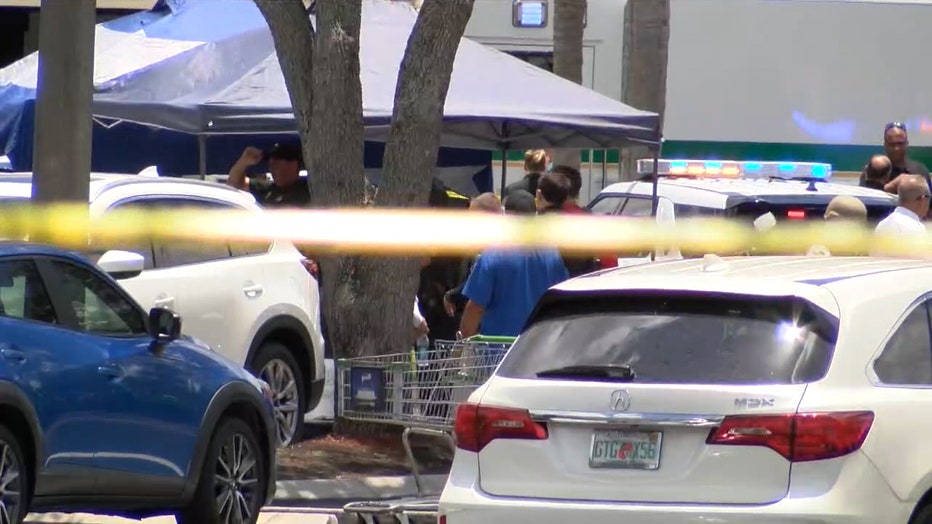 Raymond told The Post there was one other incident not mentioned in the sheriff’s office statement. According to the lawyer, the family called the sheriff’s office on October 27, 2019 after Timothy showed up to pick up his daughter from Monica’s sister’s home in Wellington. The visit was not planned and Timothy arrived unannounced, Raymond added.

The attorney said the family called the agency and told the responding deputies that Wall was mentally ill and had a gun. The deputies told Timothy to leave after determining he had no parental rights, The Post reported. The agency rebutted, saying there was no record of the October incident.

"The appropriate action in the coming days and weeks is to invite discussion with the sheriff about how local agencies can work together with the community to better provide information and services for those that suffer with mental illness," according to Monica's statement.

The initial statement from the sheriff’s office is below:

Respectfully, PBSO, received only two calls from Mr. and Mrs. Wall, the first, on May 27, 2019 and the second, on June 21, 2019. At no time was Timothy Wall’s mental stability ever mentioned.

During the news conference, the Sheriff said, "the real sad part of this tragedy other than the fact two innocent victims are dead is that there was a chance this tragedy could have been stopped".

Timothy Wall’s family and friends may have been aware of his behavior and should have notified authorities, but by their own admission, the family states, that they are not aware of Mr. Wall receiving any mental health treatment since the divorce in 2019.

Many years ago Sheriff Bradshaw recognized the need to have this conversation. In 2013, Sheriff Bradshaw, stood before legislation and requested monies to start a "prevention intervention" unit, which today we call the Behavior Services Unit.

Behavioral Services Unit (BSU) is a specialized unit consisting of mental health therapists and specially trained law enforcement deputies who handle high-risk and potentially dangerous individuals who have or may have a mental illness or maybe in some level of high-risk psychological distress.

In addition, on March 26, 2019, the Sheriff was requested by the U.S. Senate Judiciary Committee, to talk about Florida’s "red flag" law and how PBSO handles cases involving people who pose a threat of violence and who have access to guns.

Sheriff Bradshaw only wishes the community is willing to come together to continue to discuss this issue.