SARASOTA, Fla. - If legends from baseball's past could still round the bases, John Jordan "Buck" O'Neil would be here.

"Baseball was his life. He wanted to be a baseball player. Once he got that urge and energy he pursued it and it was going to be all or nothing," said Walter Gilbert.

Buck O'Neil was the grandson of slaves. He grew up in Sarasota during the 1920s. Opportunities were few and far between for O'Neil.

"Buck grew up here in Sarasota as a poor little Black kid, running around these dirt streets, jumping ditches with no shoes on just like any Newtown or Overtown resident. But Buck was an athletic person and he wanted to be a baseball player all his life. He pursued that and he pursued that at all costs, even though there were huge hurdles at that time," said Gilbert.

Baseball was his dream. Because of segregation, he left Sarasota to play high school baseball in Jacksonville. 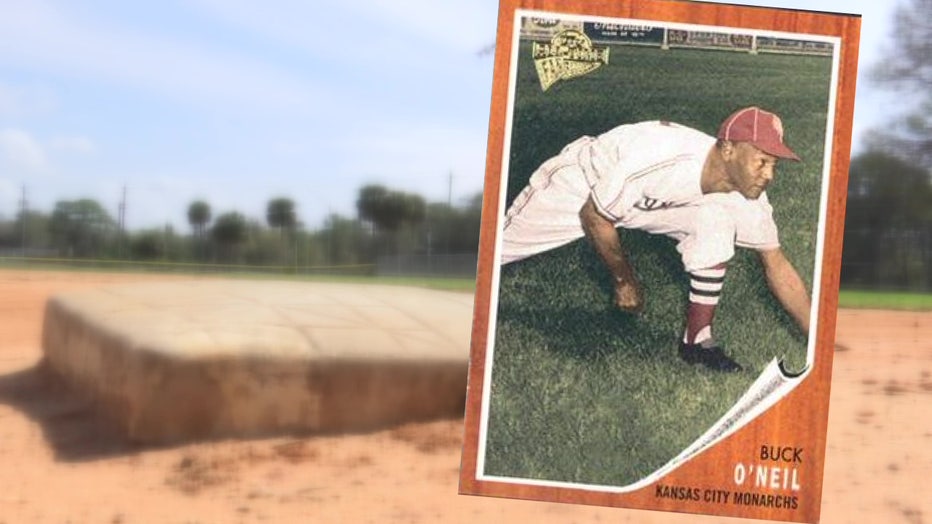 O'Neil ended up playing in the Negro Leagues. He became a star with the Kansas City Monarchs and even became a manager with the team. While he never played in the major leagues, he became the first Black coach in Major League Baseball.

"His hurdles were enormous. The times he lived in the things he had to endure to become who he became," said Gilbert.

Buck O'Neil's story is now on display at the Robert L Taylor Community Complex. It's on loan from the Negro League Baseball Museum in Kansas City. O'Neil helped establish the museum. The collection showcases barriers shattered by O'Neil and his teammates.

"People come here and they see the display and actually read it, we’ll have a video about Negro League Baseball. You’ll see what these people went through just to do what everybody else took for granted," said Gilbert. 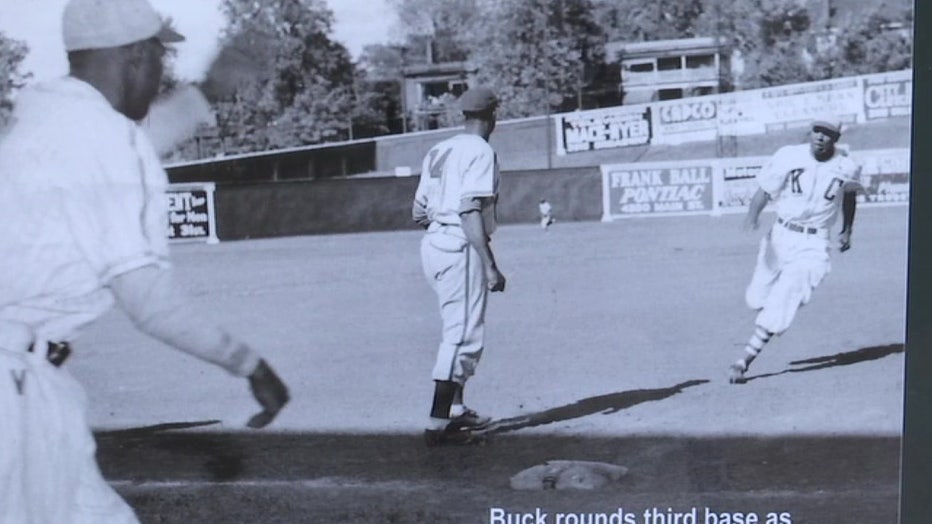 Walter Gilbert's father grew up with O'Neil. He became a role model.

O'Neil never let hate win. His story is a lesson that all can learn from.

"Mr. O'Neil was a person who had a dream, pursued that dream and took that dream to his highest points," Gilbert continued. 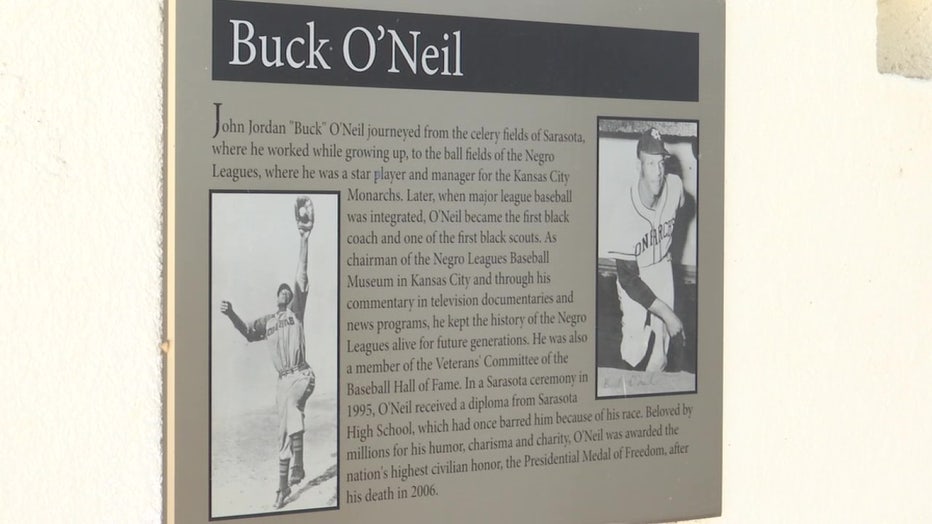 Sponsored by the Baltimore Orioles, the "Buck O'Neil: Right on Time" exhibit will be showcased from Feb. 20 to March 20. It'll be open from 10 a.m. to 5 p.m. at the Robert L Taylor Community Complex. The show can be viewed daily except Sundays.

The event is presented by the Sarasota African American Cultural Coalition. An opening ceremony begins at 10 a.m. Saturday, Feb. 20.

Outside of the traveling exhibit, Sarasota African American Cultural Coalition has plans of unveiling a mural and adding Buck O’Neil’s name to the fields at Newtown Estates Park. 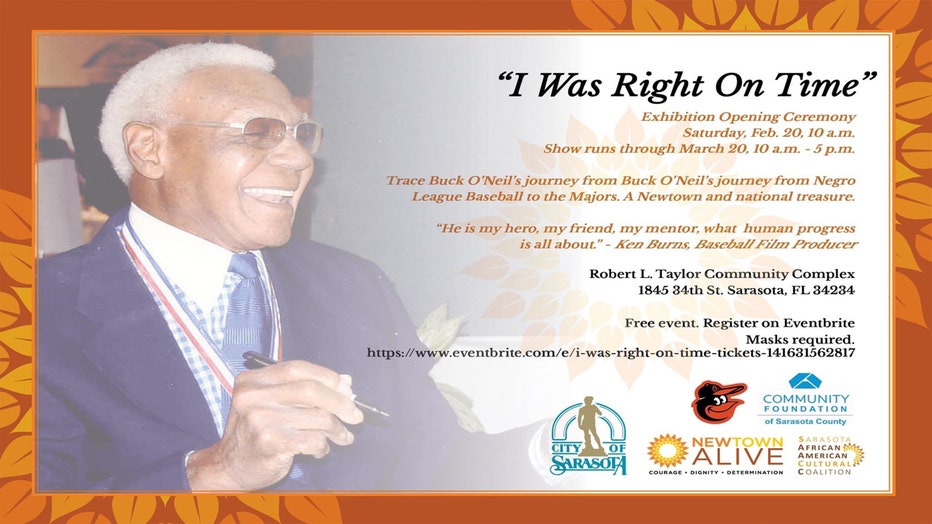