INVERNESS, Fla. - Two days after a Citrus High School student-athlete collapsed on the football field and later passed away, his parents told FOX 13 News how much their son meant to so many people.

Lakesha Harrison said she was making dinner Tuesday when she got a call from the Citrus High School football coach, telling her she needed to get to the school immediately. Her son, 16-year-old Antonio Hicks, had collapsed and was unresponsive.

Antonio was rushed to the hospital but doctors weren't able to revive him.

"Just from then on, my whole world was just in spirals and the only thing we could do is just pray and just stay focused," Harrison said Thursday. 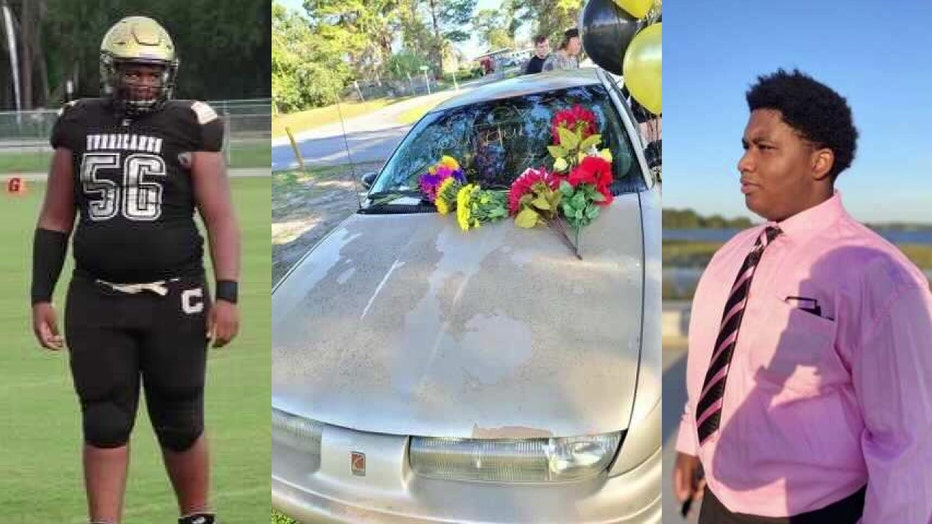 Two days later, his parents said they have been overcome -- not with sadness, but with pride.

"He was just a loving young man. He always wanted to make sure everybody was smiling," Harrison said. "I was glad I was able to be blessed to have him as my child and to make him happy and he definitely made me happy."

Hours before his death, Antonio drove his new car to school for the first time. The car has now become a small memorial, covered with flowers; the football team's helmets also have a tribute: an angel with the number 56, which Antonio wore on his jersey.

"Just seeing everybody is very comforting, very comforting to know how many lives he touched and that they loved him just as much as we did," Harrison said.

While Antonio's parents wait to learn what caused their son's death, they say they'll lean on each other and their faith.