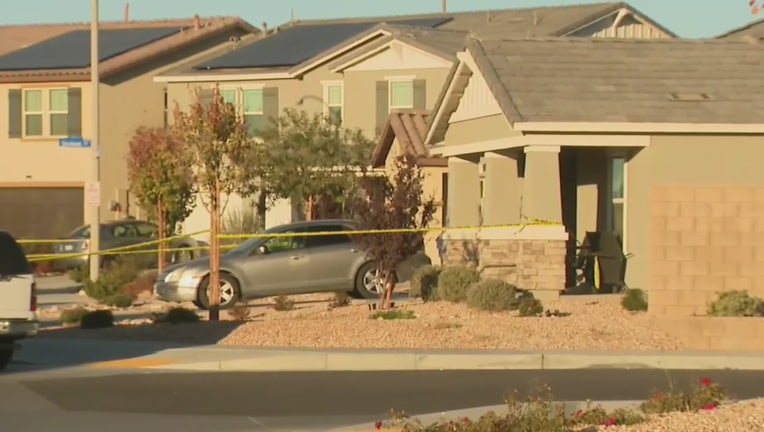 LANCASTER, Calif. - A woman made a grisly discovery when she found her four children, ages 12 and under, and her mother had been shot to death inside their southern California home, officials told FOX 11. The children's father was arrested on suspicion of killing them, according to the Los Angeles County Sheriff's Department.

The victims were found Sunday night in a home in the city of Lancaster in the high desert Antelope Valley north of Los Angeles, the department said in a statement.

The father of the children, 29-year-old Germarcus David, has been arrested in the investigation, police said Monday.

Deputies found a woman, a girl and three boys with gunshot wounds to the upper torso and paramedics pronounced all of them dead at the scene, the department said. All of the children were under age 12, including one who was an infant, and the grandmother was in her 50s.

The children's father later showed up at the lobby of the Lancaster sheriff’s station to turn himself in. After being interviewed by homicide detectives for hours, David was arrested.

His bail has been set at $2 million.

The names of the victims have not been released.

FOX 11 Los Angeles and the Associated Press contributed to this report.