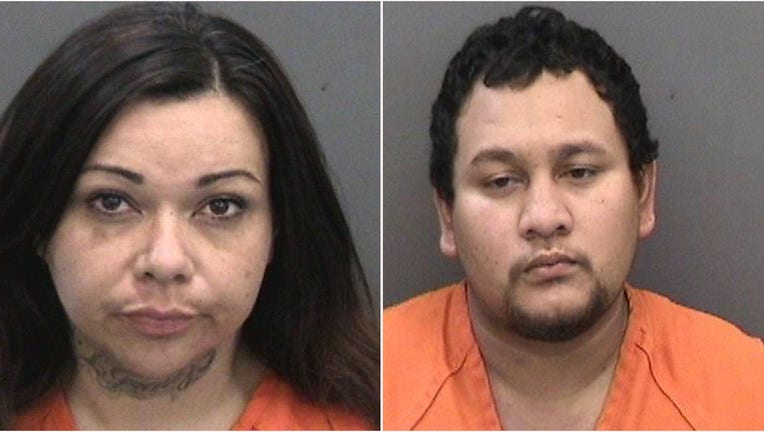 RUSKIN, Fla. - Troopers arrested Leovardo Leon, 25, and Nichole Vasquez, 31, Sunday morning after they say drugs, cash and a stolen gun were found in a car with a stolen license tag.

According to the Florida Highway Patrol, a trooper traveling northbound on I-75 near mile marker 237 in Ruskin stopped after noticing a car with its emergency hazard lights.

The trooper says Leon got out of the vehicle and began walking toward the patrol car. The trooper secured Leon and was notified by the Tampa Bay Regional Communications Center that the vehicle’s tag was stolen.

Once back-up troopers arrived, Vasques, who was a passenger in the vehicle, was secured and troopers say they did an inventory of the car for towing purposes.

While doing inventory, troopers say they found a bag of crystal methamphetamine and a gun, which was later determined to have been stolen from Polk County. 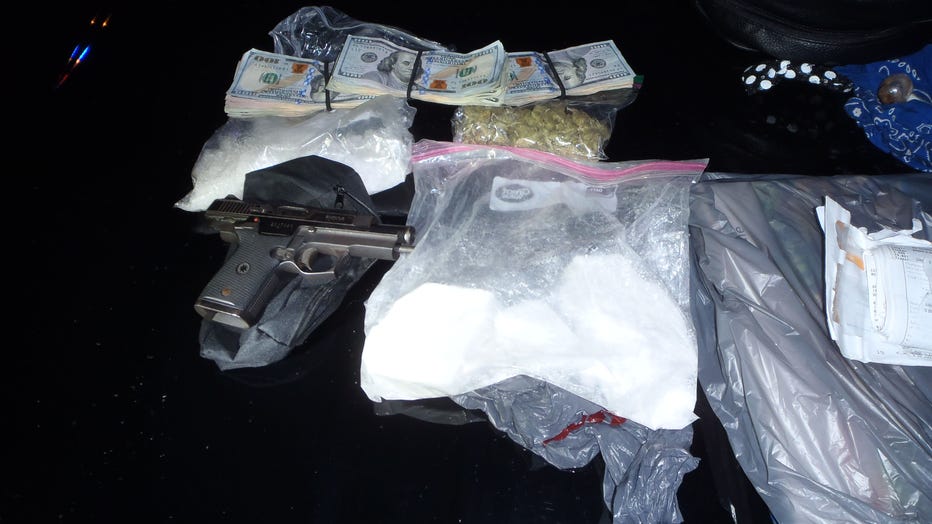 The troopers say they also found marijuana and a large scale with drug residue on it in the car.

A glass pipe, three stacks of cash and a bag with multiple boxes of sandwich baggies in it so that the narcotics could be packaged and sold to other individuals was also found in the car, according to FHP.