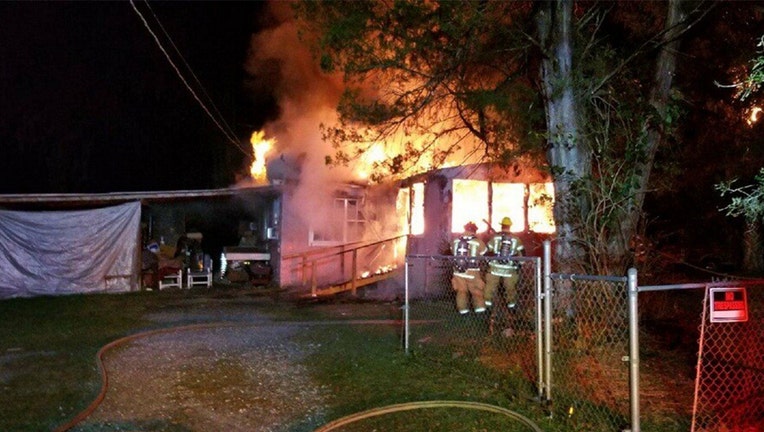 BROOKSVILLE, Fla. - A mobile home in Brooksville is no longer livable after flames broke out Tuesday night.

Hernando County firefighters received a report from a 911 caller who was passing by the home in the 7300 block of Mobley Road. When they arrived, the fire had already breached the roof, they said.

Fire officials said the female resident was away at church for Bible study.

The house had heavy damage and the cause of the fire remains under investigation.