TAMPA, Fla. - While Florida's summers are known to be hot, it's going to feel even hotter. The National Weather Service has issued Tampa Bay's first heat advisory for the summer on Wednesday.

The advisory has been issued for many counties, except Citrus, Hernando, and Pasco. The National Weather Service says the advisory will last from noon to 6 p.m for Hillsborough, Pinellas, Polk, Hardee, DeSoto, Highlands, Manatee and Sarasota counties.

Heat index values, meaning the temperature it feels like outside, will be between 105 to 110 degrees.

"There are going to be times, probably in the next three days that it's going to feel like 105-110 degrees out there," said FOX 13's meteorologist Dave Osterberg. 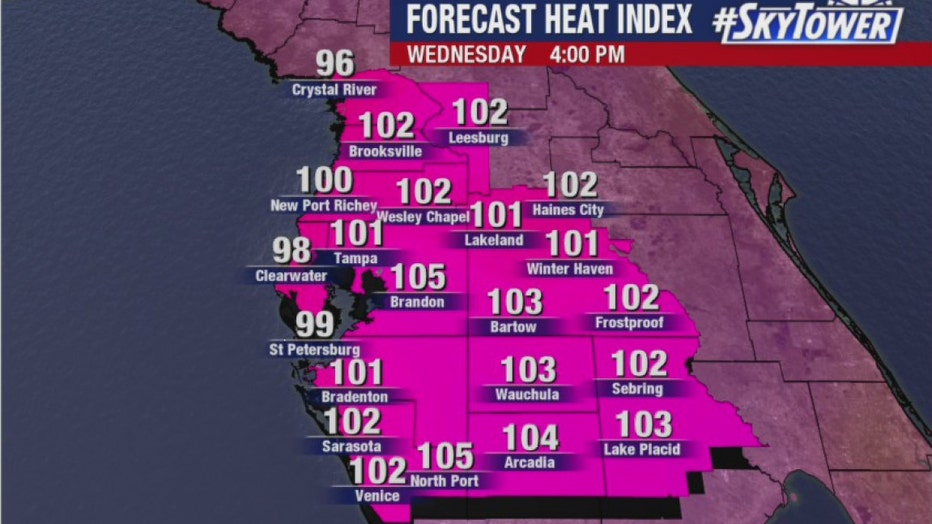 Rain chances will be low for the next few days, which is one of the reasons why it will be hot and steamy outside, Osterberg said.

"There's going to be no way to cool it off," he explained. "You'll have to wait for the sun to go down at that point."

Osterberg warned that Thursday will be even hotter, and all Tampa Bay counties will have an heat index over 100 degrees. 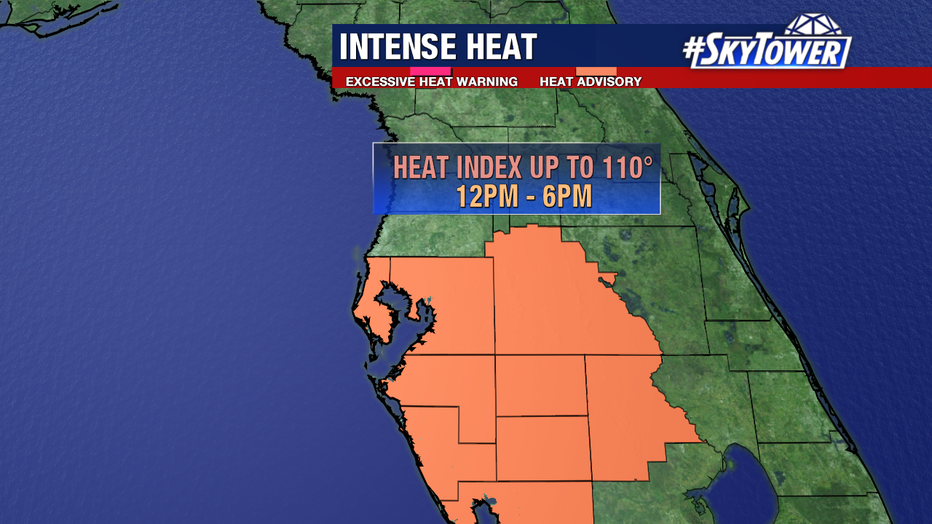