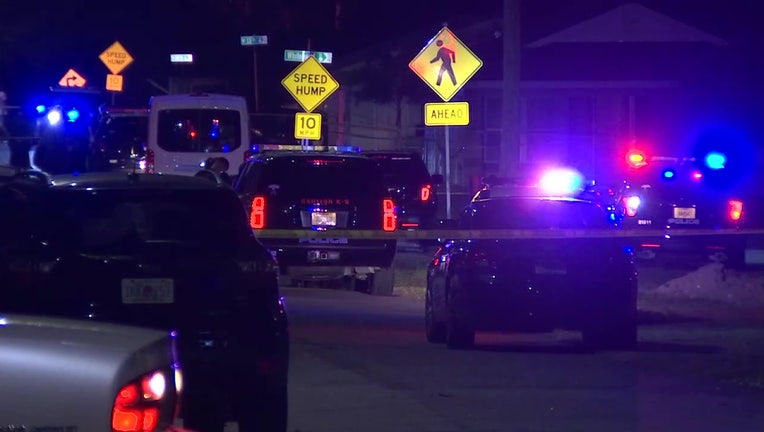 LAKELAND, Fla. - A teen's quarrel with some acquaintances spilled over to his family home, resulting in the shooting death of a woman and injuries to multiple others on Christmas Eve.

Police in Lakeland said it apparently started with an altercation between a 15-year-old boy and some others. That altercation continued when the teen returned to his home on Amos Avenue early Thursday evening.

After the teen got home, gunfire was exchanged.

The 70-year-old woman died at the hospital. The others' conditions were not released, but police said they were expected to survive.

A 19-year-old later came to the hospital with a gunshot wound. His relationship with the other victims was not known, but investigators believe he was involved in the incident.

Anyone with information related to the case is encouraged to contact Detective Tammy Hathcock at 863-834-6975 or tammy.hathcock@lakelandgov.net. To remain anonymous, contact Heartland Crime Stoppers Florida at 1-800-226 TIPS (8477) or www.heartlandcrimestoppers.com.