NORTH PORT, Fla. - Floodwaters along parts of Sumter Boulevard in North Port have increased with some areas seeing an extra inch of water per hour, which has people living nearby hoping to make it through the weekend without getting water inside.

"That side of the road is a lot deeper," said Steve Hollan. "It’s chest-deep down there so this side not so bad."

Hollan moved his cars out of the neighborhood, but he's staying put.

A few minutes down the road, Chuck Lowery said the water behind his house is about 10 to 12 feet higher than normal. 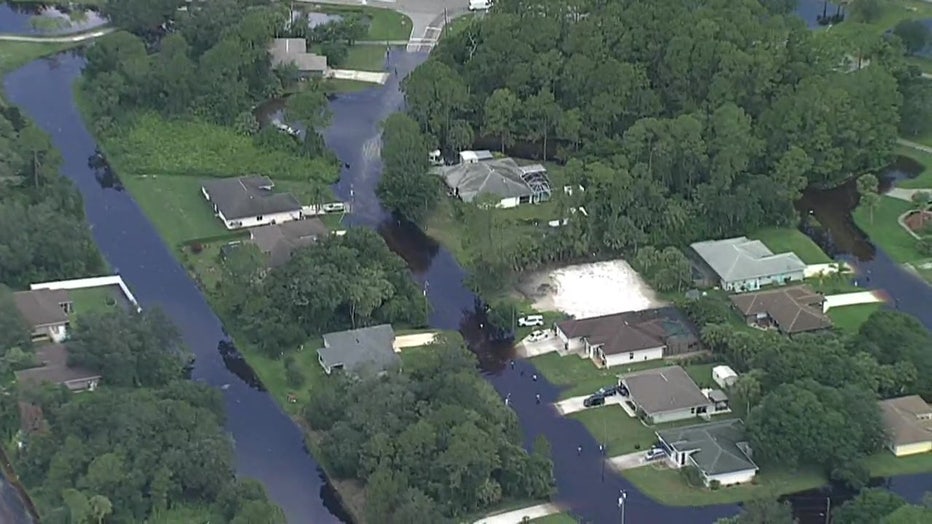 "Right now the lake is equal to the mote that is around my house," explained Lowery.

The water is coming from the Myakkahatchee Creek. Elsa dumped 10 to 11 inches of rain in North Port on Tuesday.

"I've talked to a couple of people who lived here for 10-15 years and they said this is the highest they’ve ever seen it," Hollan commented. "During the hurricanes in 2017, they said they never saw it this high."

Crews with North Port Fire Rescue are dividing affected areas into five grids. With help from Manatee, Sarasota and Charlotte Counties they're going street to street and using airboats and brush trucks to check on people.

"We are trying to get out and see what we can do going door to door," said Mayor Jill Luke. "We’ve got shelters open. Trying to aid them the best we can as we go through Mother Nature’s rage." 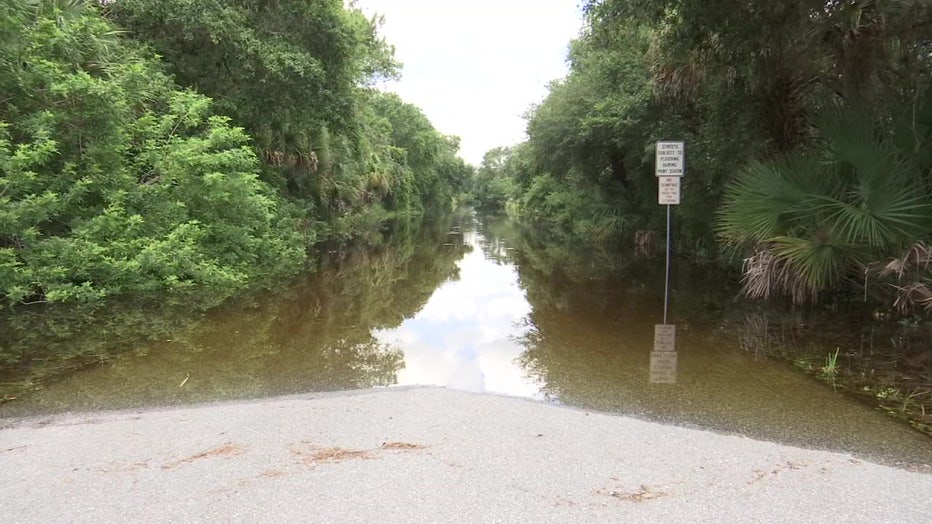 A shelter set up at Morgan Family Community Center, located at 6207 W. Price Blvd., sat empty Friday afternoon. It'll remain open 24/7 until the water is expected to stop rising, which may be on Sunday.

Water gauges to the north, near State Road 72, have topped off and are currently lowering, but it North Port may not feel those impacts until Sunday.

"Some of those dangers that we will run into- people that don’t evacuate we will have to go to them. As soon as the water gets deeper, it increases the risk for us as well as them for us to go into their homes," said Captain David Ingalls. 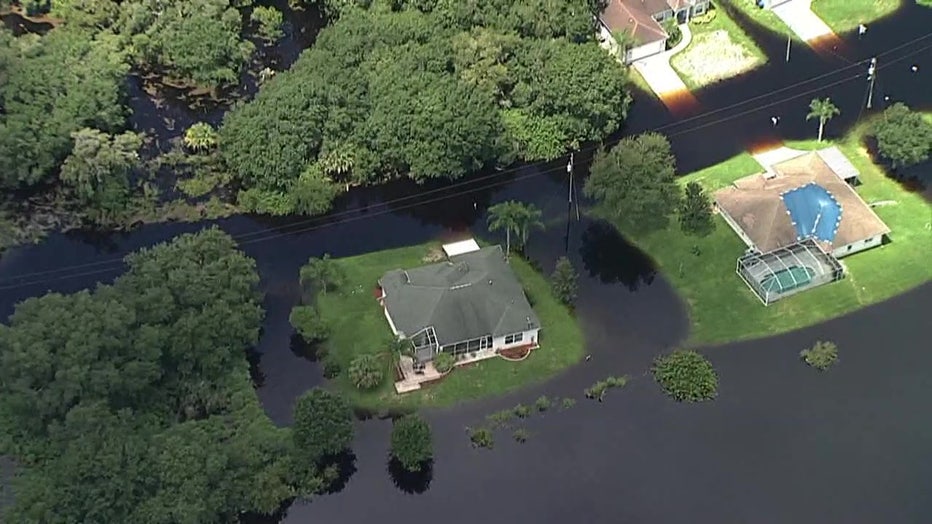 The city says North Port Fire Rescue did about a dozen water rescues because cars got stuck in flooded roads. As of now, the city said they haven't received any reports of water coming into people's homes but it has a sandbag site set up at George Mullen Activity Center for residents.