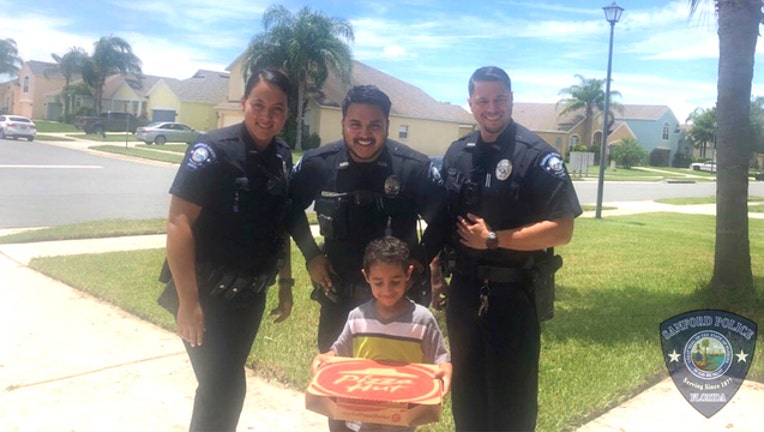 SANFORD, Fla. (AP) - A Florida boy who called 911 to report he was hungry and wanted a pizza got a lesson in proper emergency call etiquette, but he also got a pie.

Three officers responded to the home in suburban Orlando for a well-being check. They met with the boy and his older sister, who told them they were fine and that her brother had used the phone without her knowledge.

The officers explained that the 911 system is only for emergencies. Then they went to Pizza Hut and brought a large pizza back to the house.