CRYSTAL RIVER, Fla. - The cruise liner Diamond Princess became a prison for Gay and Phil Courter of Crystal River after they became quarantined in Japan.

"The best feeling I can describe is that we were being punished for a crime we didn’t know we committed," says Gay Courter.

They were caught up in an early outbreak in 2020 before the novel coronavirus was even referred to as COVID-19.

As hundreds of people got sick aboard the ship moored at a berth in Tokyo, the Courters became more frightened.

"Phil and I discussed it. Is this how we’re going to die?" Gay stated. "What if one of us gets sick and is taken to a Japanese hospital?" 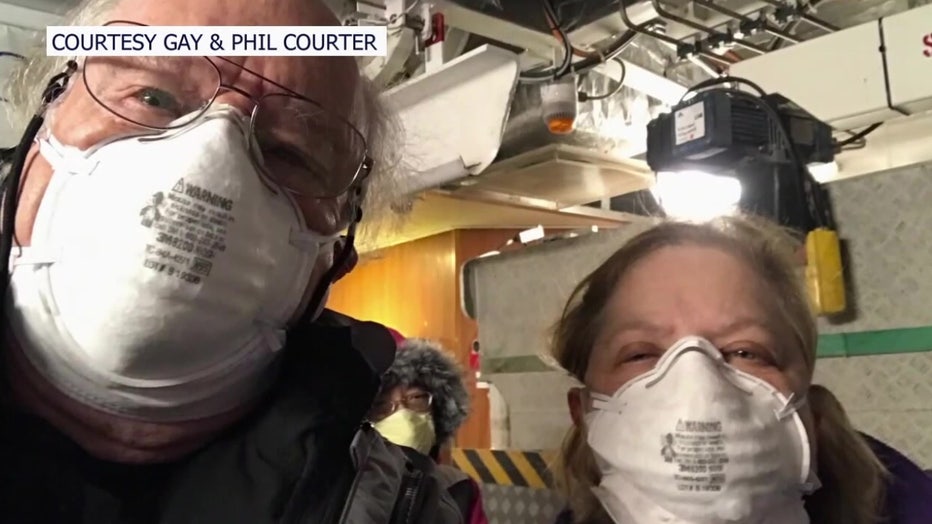 Now, the Courters’ COVID cruise nightmare is captured in the new documentary called ‘Quarantine! How We Survived The Diamond Princess Coronavirus Crisis’.

The film covers what they saw on board and what they did. Gay is an author and Phil is a filmmaker.

"And I know the way you reach people is through the media and getting other people interested in your story," says Gay.

While they were quarantined in their stateroom aboard the Diamond Princess they did hundreds of interviews with media outlets. 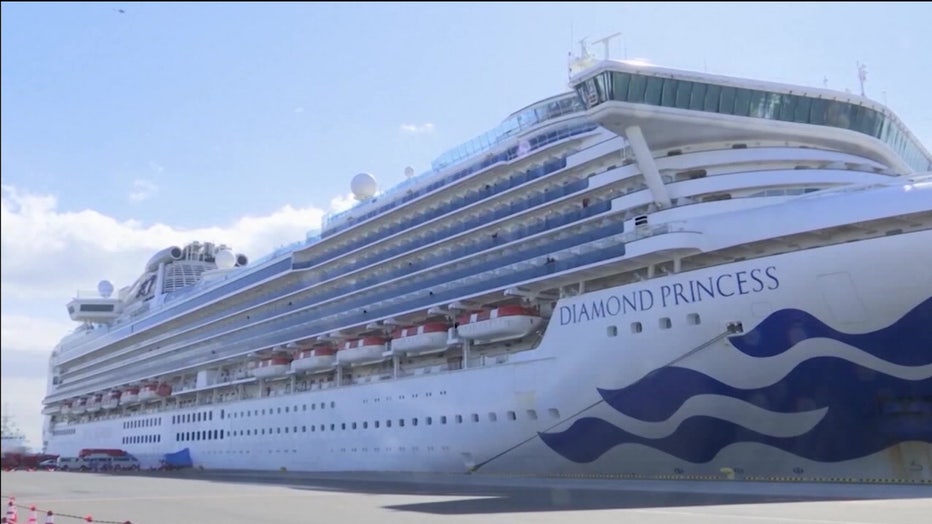 "We were highly criticized by some of our friends on the ship that said just lay low," commented Gay.

But the Courters did not lay low. Gay says they later learned through a connection in Washington that one of their interviews reached a TV in the Trump White House.

"Which was on in the president’s office and he called this guy in and said, ‘Is that your grandma friend from Florida?’ And he’s pointing to me on the screen and he said, ‘Go get them.’" Gay explained.

They were finally flown back to the U.S. more than a month after what was to have been a 14-day cruise. It all ended with another quarantine at a military base in Texas.

Some wonder if the Courters will go on another cruise. "Yes, we are actually signed up for a cruise this summer," Gay said with a smile. 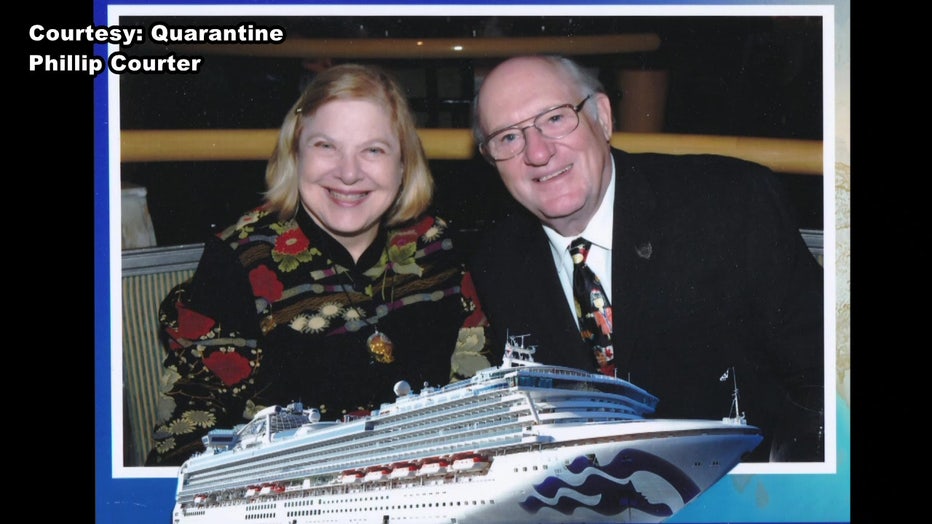 But she’s quick to add that it can be canceled if another COVID-19 variant appears.

While they look forward to the premiere of their documentary, the Courters aren’t planning a sequel.

Their documentary premiers Sunday, February 20, at 10 p.m. on WEDQ.