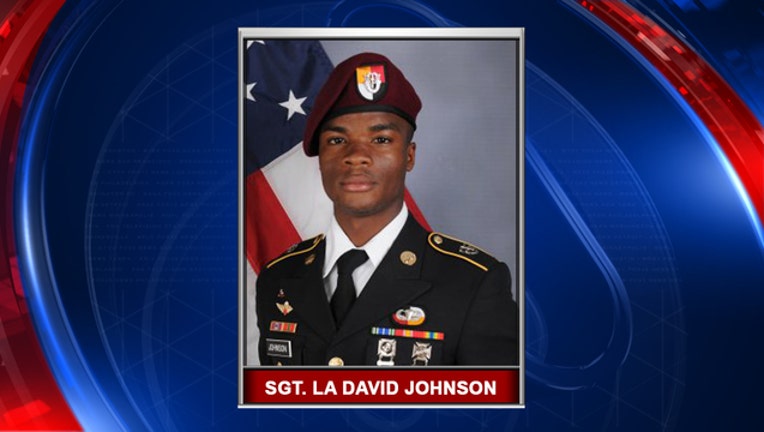 WASHINGTON (AP) - The Defense Department has identified the fourth U.S. soldier killed in Niger when a joint patrol of American and Niger forces was ambushed by militants believed linked to the Islamic State group.

The military says his body was found Friday after an extensive search. The bodies of the three other U.S. troops were recovered shortly after Wednesday's attack, which also killed four Niger military members.

The U.S. and Niger forces were leaving a meeting with tribal leaders when they were ambushed.

U.S. special operations forces have been working with Niger's military in the fight extremists in the African region.