The race to restore power

TAMPA, Fla. - About 43,000 men and women have been working around the clock to restore power to Floridians. So far, electricity has returned to 2 million people who lost during Hurricane Ian.

Kevin Guthrie, Director of the Florida Division of Emergency Management, said Monday the goal is to restore power to everyone – who can receive power and their electricity grid isn't damaged – by Sunday. 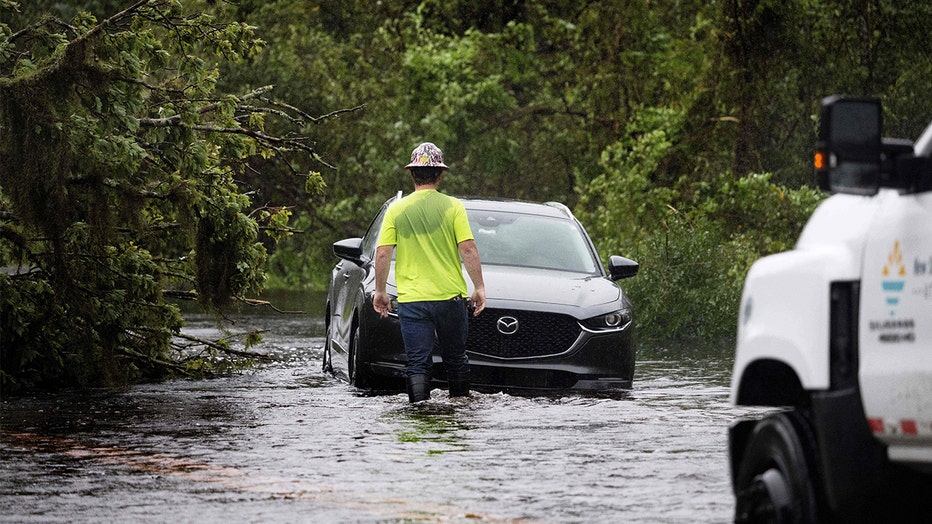 A utility worker wades out in the floodwater to help a stranded car in Port Orange, Florida, in the aftermath of Hurricane Ian on September 29, 2022. - Hurricane Ian left a trail of devastation across Florida on Thursday with whole neighborhoods redu

Here is a breakdown of power outages, based off Monday morning's figures:

Parts of Florida still remain underwater. People were kayaking or using air boats to get around their streets. Hundreds of thousands are still without power – roughly 621,000 as of Monday morning. National Guard helicopters are flying rescue missions to residents who remain stranded on barrier islands.

It is clear the road to recovery from this monster storm will be long and painful.

As of Monday, at least 68 people have been confirmed dead: 61 in Florida, four in North Carolina, and three in Cuba.

In Florida, Fort Myers Beach Mayor Ray Murphy told NBC’s "Today Show" on Monday that the search and rescue mission would be taking place for the next couple of days. Murphy said that was why residents who evacuated are largely being kept away from their homes.

Flooded roadways and washed-out bridges to barrier islands left many people isolated amid limited cellphone service and a lack of basic amenities such as water, electricity and the internet. Officials warned that the situation in many areas isn’t expected to improve for several days because the rain that fell has nowhere to go because waterways are overflowing.