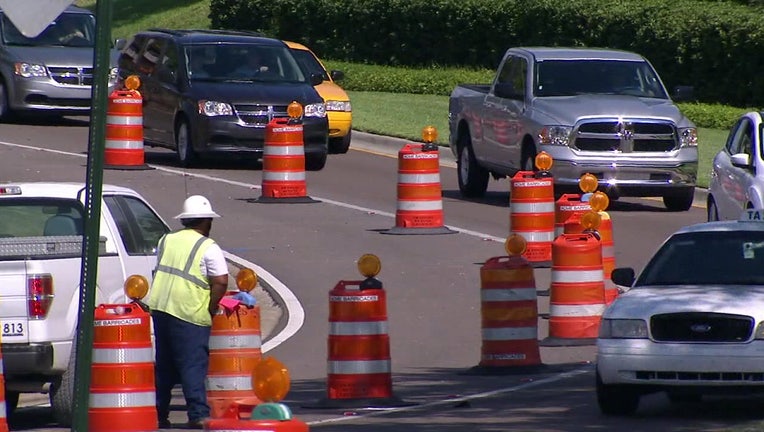 TALLAHASSEE, Fla. - Florida should see annual funding for highways and bridges increase by $649 million as part of a more than $1.2 trillion federal infrastructure bill signed into law last month by President Joe Biden.

Florida Department of Transportation Secretary Kevin Thibault also told state senators Wednesday that the Infrastructure Investment and Jobs Act, which will pump $16.7 billion into transportation projects across the state over the next five years, could mean another $40 million a year to develop electric vehicle charging stations near highways and even expand Amtrak passenger rail services. The $16.7 billion includes funding for a wide range of projects, including at ports and airports.

However, how the state and different agencies can use the large chunks of money might remain undetermined during the 2022 legislative session, which will begin Jan. 11 and end in March. Federal officials are still working on funding formulas and spending guidelines.

"Throughout this whole bill, I mentioned a number of new programs that were added," Thibault told members of the Senate Transportation, Tourism and Economic Development Appropriations Subcommittee. "All of them will require (the U.S. Department of Transportation) to create guidance, evaluation criteria and how you apply for these discretionary funds from scratch. They're starting from new."

"As part of the bill, U.S. DOT did get some funding to hire people, whether they be internal candidates or contract," Thibault continued. "But as we all know, hiring people takes a little time. And so, they've got to hire people, they’ve got to develop all these new grant programs. And so, it's going to take a little while before we get some of this guidance."

Thibault told reporters after the meeting that the state might not have a better idea of all the formulas and allocations until its next fiscal year, which begins July 1.

Even the money that is assured, such as funding for electric vehicle charging stations, awaits federal directives.

"We can't put electric charging stations on the interstate system because there's a current federal law that prohibits that," Thibault said. "That's why they've got to develop the guidance to figure out, ‘Well then how do we use these funds.’ If it's off the interstate, can we do grants maybe to local governments, they can do it on some of their facilities, and so on."

"Are we implementing plans now that you're going to put all the money in infrastructure, now you can't have private industry compete, because we've already subsidized it to a pretty big amount," Perry said. "Now we have government-run, basically government-run charging stations that should certainly be run by the enterprise."

Building an addition to the Howard Frankland

It is Tampa Bay’s most traveled bridge, and part of it is being replaced. If you have driven over the Howard Frankland recently, you have undoubtedly seen the giant cranes. Construction is happening now to build a brand new 8-lane span of the bridge.

Florida is expected to receive $2.6 billion to improve public transportation, $1.6 billion for water improvements, $1.2 billion for airport development, $29 million for cybersecurity, $26 million to protect against wildfires, and a minimum of $100 million to expand broadband coverage, with a projection that it will provide access to at least 707,000 Floridians.

Large portions of the money will go directly toward airports, ports, railroads and local government transit programs. For ports and rail, the funding is aimed at helping improve the movement of freight.

"They reached out to us and said, 'Hey, we want to talk about a service today, that goes basically Jacksonville to Miami, Jacksonville to Orlando, Jacksonville to Tampa. And is their opportunity to expand, additional service and so on,’" Thibault said after the meeting.

Amtrak is getting $66 billion under the law to eliminate a maintenance backlog, modernize its Northeast Corridor and extend rail service outside of the Northeast and mid-Atlantic.

Gov. Ron DeSantis has questioned the infrastructure law as "pork-barrel" spending while also arguing Florida might not get its fair share.

Thibault said the funding formula for bridge money appears to favor other states where bridge infrastructure is rated lower than spans in Florida.

"Because we have this proactive nature, we have not many ‘poor’ or ‘fair’ bridges," Thibault said. "So, Florida got probably the lowest amount you could probably get. We only received about $245 million of that new program over five years. And that's compared to some of the other states who've got six, seven times more than that amount, even though they're a lot smaller state and a lot less bridges."