ST. PETERSBURG (FOX 13) - Former president Bill Clinton is making a final push to register voters in Pinellas County as Democrats hope a Federal judge will extend registration by a week, because of the impact of Hurricane Matthew.

The deadline to register has already been pushed back to Wednesday, and Democrats hope it will be extended through Oct. 18.

"Everybody knows that if Hillary wins Florida, she will be the next president, right?" said Clinton. "If you don't vote, or you vote for one of these minor party candidates, you are giving the other guy half a vote."

Clinton - at first - only casually referenced the tactic of Donald Trump to re-open the topic of his supposed sexual misconduct.

"Today was our 41st wedding anniversary," he said of his wife, Democratic nominee Hillary Clinton. "I was really proud of her at that debate, she didn't take the debate bait. She never forgot she was running to serve you, not to get in a mud fight."

But he had to confront the issue head-on, two-thirds through his 50 minute speech, when two protestors screamed he was a rapist.

"Give this guy a hand, they have had a terrible week, and he just has to do this," said Clinton. "All I am asking you to do is not to fight that fire with fire."

After two debates and days of national discussion over tapes that show Donald Trump describing what even some Republicans agreed is sexual assault, his wife's lead over the Republican nominee seems to have grown nationally and in crucial states like Florida.

Clinton is striking an optimistic tone.

"This is a choice between whether you think cooperation or constant conflict is better. Whether you would rather be entertained or be empowered."

The fight for Florida continues Wednesday, as Donald Trump appears in Lakeland at 3 p.m. 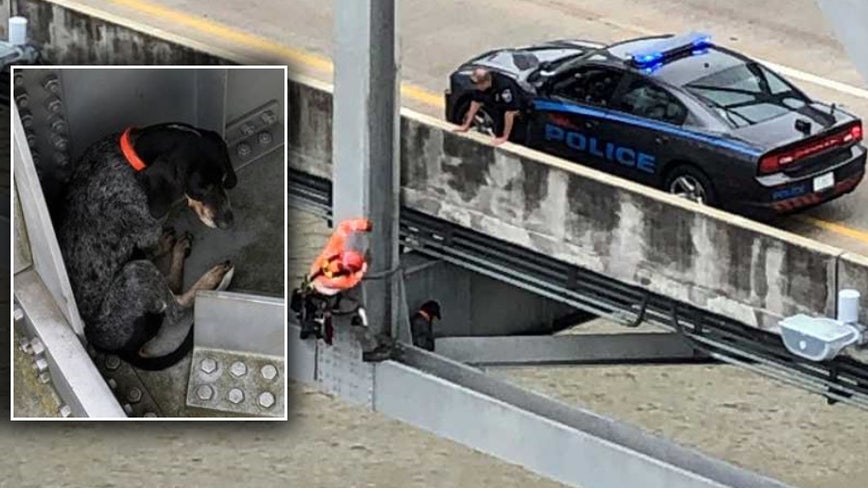