SARASOTA, Fla. - Agriculture Commissioner Nikki Fried, who is running to be the Democratic gubernatorial candidate, began a series of appearances Monday to highlight water-related problems including algae blooms and a spike in manatee deaths.

Fried said the Florida Department of Agriculture and Consumer Services’ Office of Agricultural Water Policy is moving forward with updating "best management practice" rules that the agriculture industry is expected to follow.

The rules, which haven’t been fully updated since 2008, will include reducing the amount of pesticides, fertilizers, animal waste and other pollutants entering state waters.

Hundreds of tons of dead fish – victims of the red tide algae bloom – have been pulled from Florida's coast, but now some beachgoers are finding another unwelcome impact of red tide.

"There are multiple water crises ongoing in our state, threatening every single aspect of our livelihoods," Fried said while at the Punta Rassa boat ramp in Fort Myers after a boat tour.

Fried said the changes will focus on supporting practices such as cover crops that are expected to slow erosion and enhance water availability and "provide significant climate mitigation and carbon sequestration benefits." 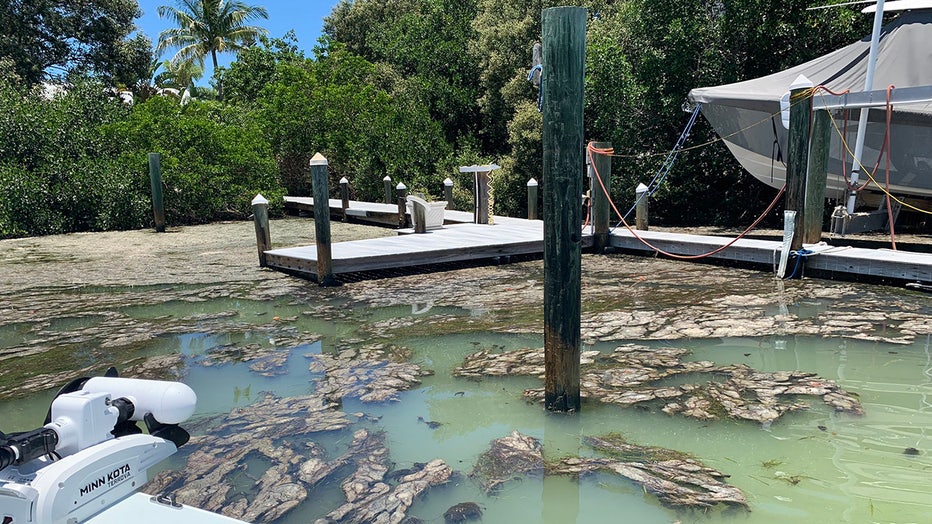 The changes are also expected to include recording nutrients used by growers, along with state workers making in-person site visits, replacing voluntary self-reporting about the implementation of best management practices, Fried said.

No date was immediately given for the new rules to be released.

Fried was slated to also make stops through Wednesday in Sarasota, Tampa, St. Pete and Stuart.