TAMPA, Fla. - A big warmup is underway in the Tampa Bay region.

When compared to the cold Christmas Day the area had, it’s a "huge swing" in temperatures, reports FOX 13’s meteorologist Jim Weber. On Christmas, oddly, Tampa had a much colder holiday versus Boston and New York City.

It was the coldest Christmas Day in Tampa since 1995.

This week, on the other hand, temperatures are warming up, Weber explained. On Monday morning, Tampa’s temperatures were 15 degrees higher than Sunday, and further north in Brooksville, 23 degrees warmer. 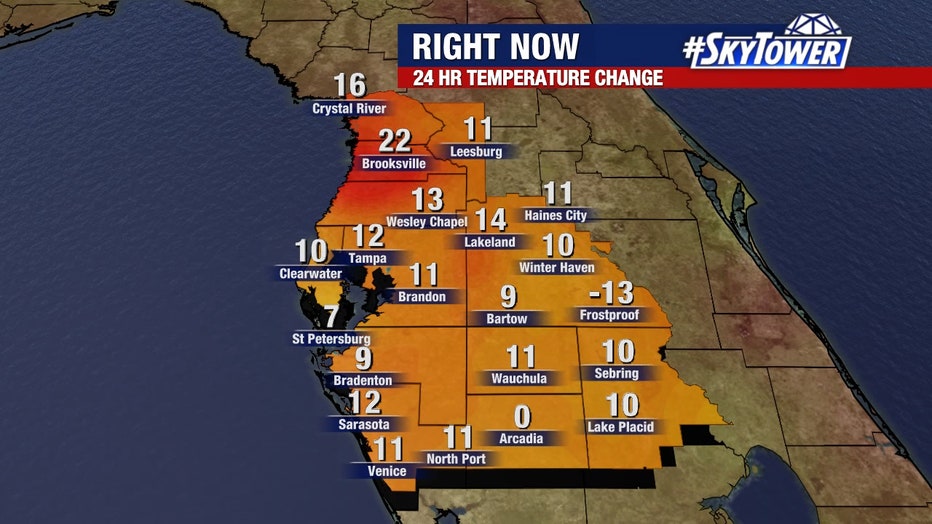 "So, a huge swing in those temperatures," he said. "By the time we get into the middle of the week, we’re going to be pushing into the 80s for the daytime highs." 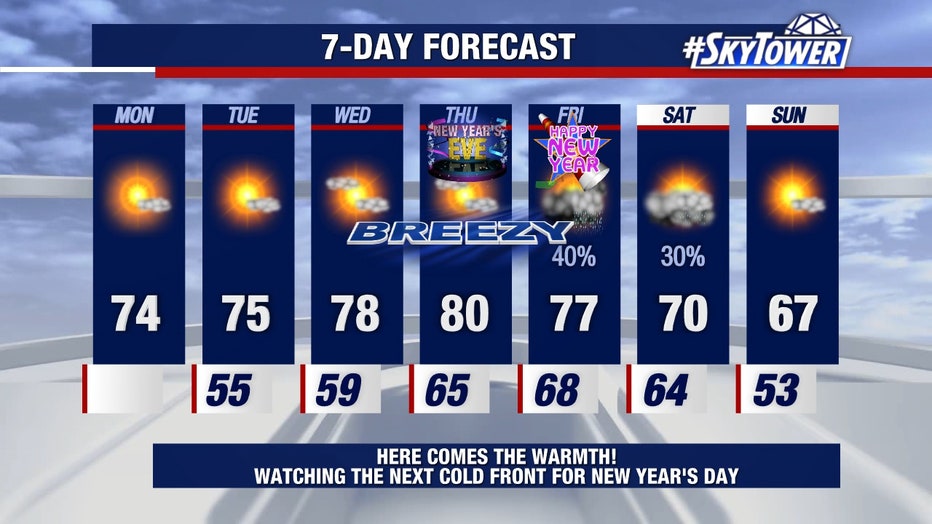 There is a cold front north of the Sunshine State, but it won’t reach us.

This time around, the front is not heading in our direction. It’s basically going to run out of gas," Weber explained. "That means we stay on the more mild side of things as we go through the week which is going to allow these temperatures over the next couple of days to climb to the mid-70s." 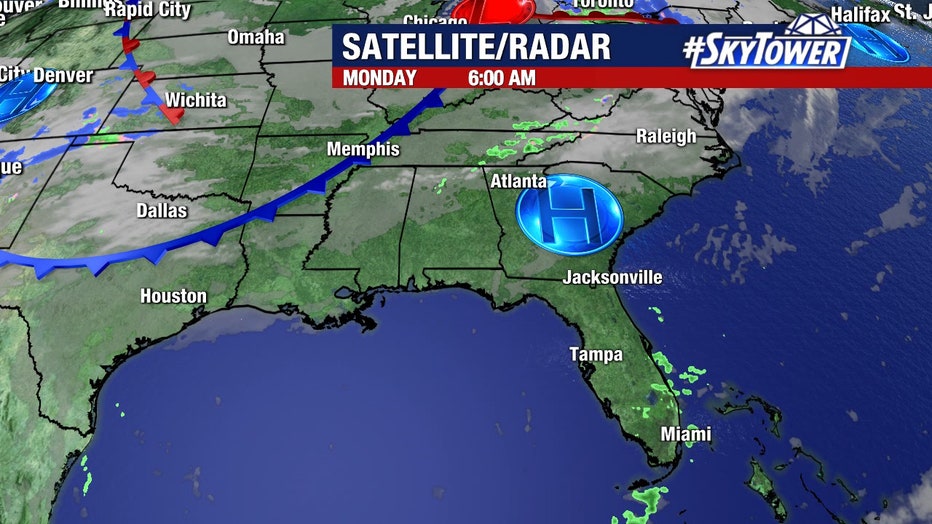 "By the time we get into the New Year’s Eve we’re going to see daytime highs in the lowers 80s," he added. 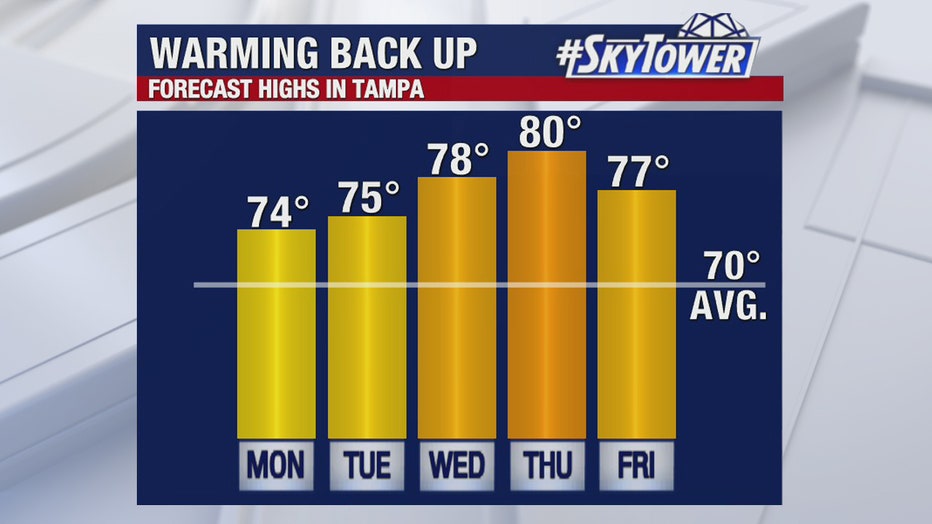 On New Year’s Day, the forecast high is expected to be 77 degrees.