TAMPA (FOX 13) - Sean Hale doesn't regret taking out $65,000 in student loans to get a business management degree from Columbia Southern University. He now manages a big box store in Sarasota.

"To put time and effort to accomplish this was pretty huge," he said from his home, where he lives with his wife and two children.

What he does regret is buying the sales pitch from Ameritech Financial.

"They told me they were going to help me, not with my payments, but to fix it where I would pay less in the end," Hale explained.

The FTC says Ameritech tricked borrowers into thinking they were making payments for their loans, but they weren't.

Over two years, Hale paid Ameritech more than $2,000 for what the company called a financial education program. He says Ameritech led him to believe he was paying his student loan debt.

After the FTC sent him a letter in June, he discovered Ameritech had deferred his actual loan, paid nothing and allowed interest to grow.

The FTC says Ameritech, run by CEO Brandon Frere, has pocketed $28 million since 2015.

"The servicers are not giving all of the information to make an educated decision," Cohen said. "When someone else offers, 'Hey, we can do this, we can do that,' all someone hears at the end of the day is, 'Oh, my loan is going to go down. That's great.'"

While the FTC is suing Ameritech for restitution, Cohen does not expect people like Hale will get their money back.

Now he's speaking out to warn others.

"I don't think they can fix everybody's loan, but they should give back the money to people they have hurt," said Cohen. "I think they should be held accountable."

The FTC says the two biggest warning signs in a situation like this are promises of fast loan forgiveness and dramatically lower payments. The FTC also says never pay an up-front fee.

FOX 13 News made numerous efforts to reach Ameritech and its CEO. However, a statement on a Better Business Bureau website from Ameritech says the company denies the FTC's allegations. 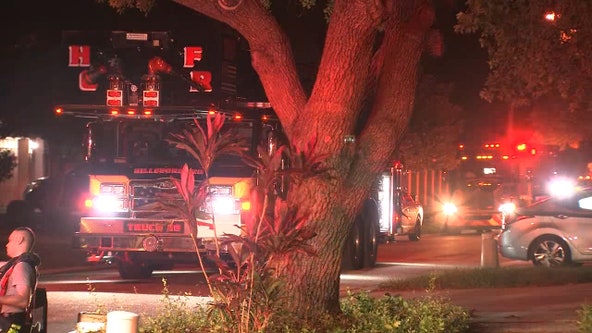