HOMOSASSA, Fla. - Images floating around on social media show boaters capturing and posing with what appears to be a young tiger shark in the Chassahowitzka River. Witnesses say it happened Saturday evening.

"We see the boat come in," witness Jamie Causey recalled. "He has a shark. I can't tell the type or the size, tied off to the front of his boat."

Causey was there with her sons.  She says the shark was alive and dragged to the spring, where it then became a prop for photos.

"Then all the onlookers start photographing the tiger shark and they start tormenting it, holding it in different positions, taking pictures," she said. 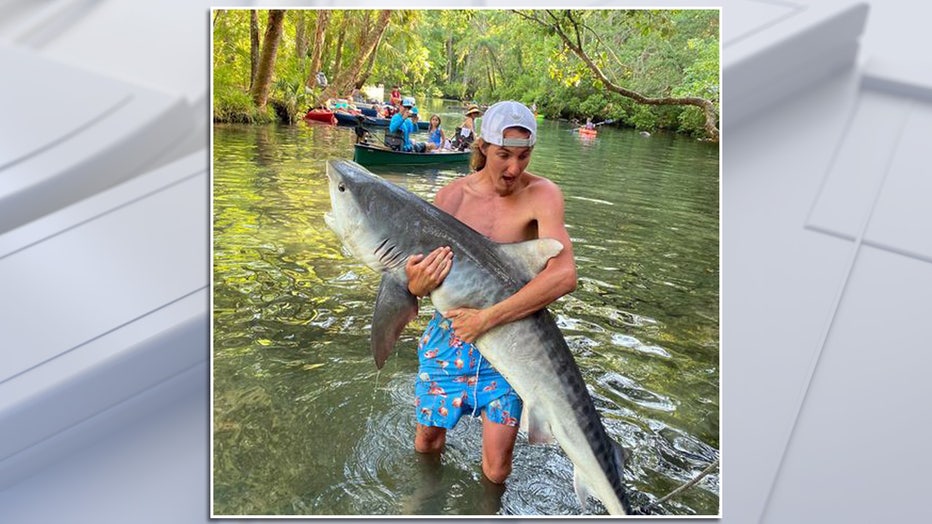 One of the viral photos that's now at the center of an FWC investigation.

FWC says it is aware of the incident and is investigating. Late Monday, the agency noted it issued two "notices to appear" to the individuals allegedly involved, though they did not publicly identify them. 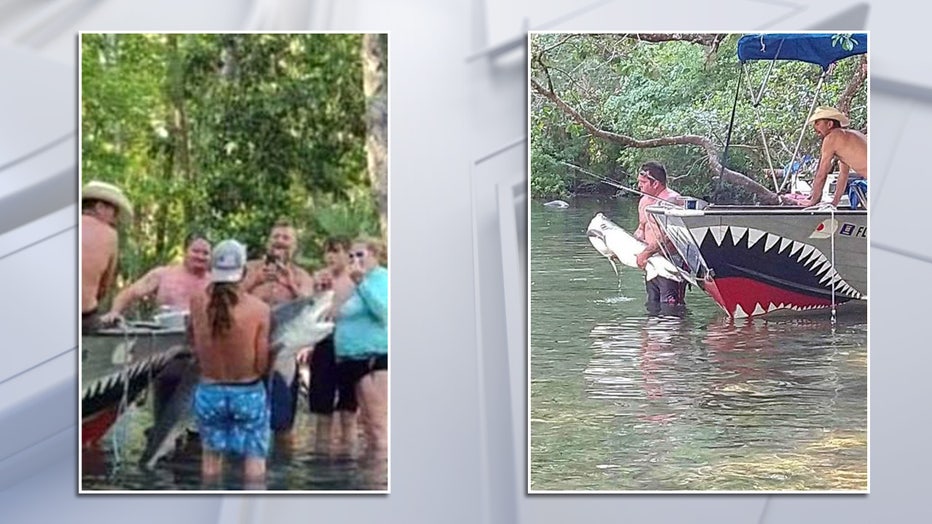 "Sharks are really important to our environment, they're like the ocean's clean-up crew," said Callie Mellinger, a marine biologist with Clearwater Marine Aquarium.

"Any animal that you see in our ocean is precious, especially sharks because they are so important to maintaining healthy habitats," she added.

"It is sickening that there's people like this, they're boasting about it," Causey said.