TALLAHASSEE, Fla. - Commercial breeding of non-native tegu lizards and green iguanas in Florida will end in three years despite the objections of reptile dealers and owners warning of the potential destruction of their industry.

The Florida Fish and Wildlife Conservation Commission voted unanimously on Thursday to add 16 reptiles to a list of prohibited species, including several python species, green iguanas and all species of tegu lizards.

Commissioner Robert Spottswood said the "high risk" of environmental and ecological damage from invasive species that are released or get loose in the wild outweighs the hardships "imposed on the business community as well as the enthusiasts."

"These animals are out there doing lots of damage," Spottswood said. "It’s incumbent upon us to address it and do something. This might not be perfect, but it’s the best I’ve seen yet."

Commissioner Rodney Barreto said the time has come to take a "bold stance," after a process that also included the commission hosting 10 three-hour workshops on the proposal and more than 4,000 people submitting written comments. 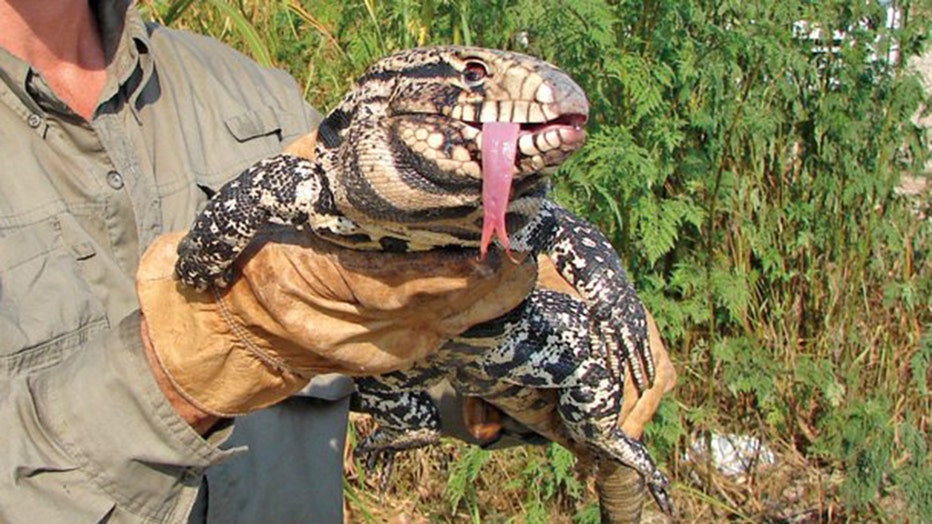 "We’ve got to put our foot down," Barreto said. "This is wreaking havoc within Florida. People move to Florida, why? They move here for our environment, our beaches, our lakes."

Reptile owners and dealers, asking for more time to work with commission staff members on the changes, contended the prohibited-species designation will destroy the industry, create an underground reptile market and won’t be effective.

"The thing that I have wrong with this is I don’t think it’s going to work," said April Linkfield of Olympian Exotics in Brooksville. "The animals are already here. This really doesn't address that. You can't contain this, yourselves. You said it in your own presentation. And honestly, we're better at it. And if you guys would work with us a little, I think you would find that out." 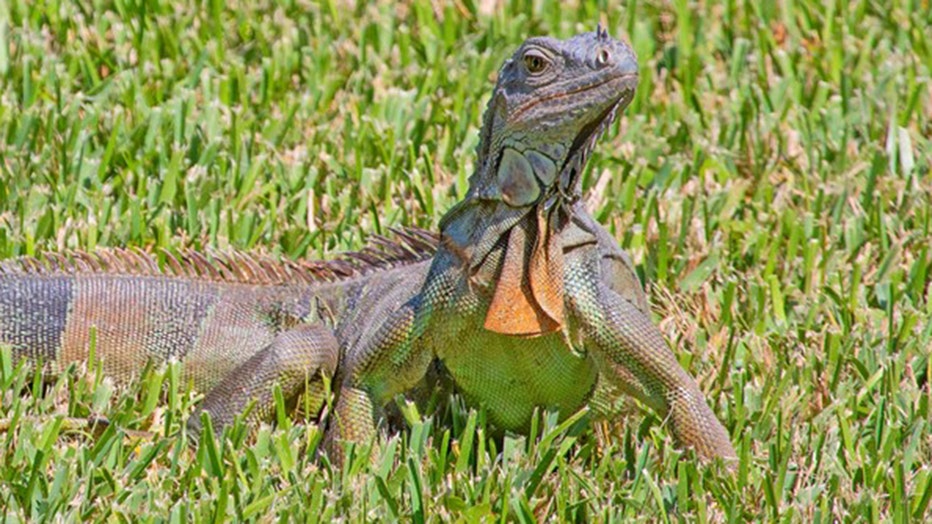 The plan, in part, will allow pet owners to keep tegu lizards and green iguanas as long as the pets live. However, pet owners must obtain no-cost permits and can’t acquire any more of those reptiles.

"No one will need to give up their pets," said Melissa Tucker, director of the commission’s Division of Habitat and Species Conservation.

Also, the animals can still be brought into Florida for exhibition and research.

MORE: Photo of bobcat preying on full-grown iguana because this is Florida

With iguanas and tegu lizards accounting for about $620,000 a year of the $50 million to $200 million reptile trade in Florida, which includes almost 4,000 species, the commission agreed to allow existing commercial breeding of tegus and green iguanas to continue until June 30, 2024.

Tucker said the state spends about $8 million a year mitigating the different species, including nearly $1 million a year managing Argentine black and white tegus, which are found across South Florida north to St. Lucie County, and are a threat to gopher tortoises and alligator eggs.

Since 2012, about 10,000 tegus, which are native to South America and do well in Florida’s subtropical climate, have been found in the wild in the state, according to the commission.

Last year, lawmakers passed a measure that tightened restrictions so that as "conditional" designated species, tegu lizards and green iguanas cannot be bred and kept for commercial sales, with the only allowable use for "educational, research or eradication or control purposes."

In one caveat, owners of tegu lizards and green iguanas were allowed to sell or breed the species so long as their licenses remain active, with the sales required to be out of state.

A lawsuit by the United States Association of Reptile Keepers’ Florida Chapter and six individual plaintiffs, backed by a Leon County circuit court judge in October, alleged that the Legislature’s passage of the measure improperly encroached on the commission’s constitutional authority to regulate wildlife.

Phil Goss, president of the United States Association of Reptile Keepers, told commissioners Thursday’s proposal was far from the "reasonable" rules the commission is allowed to impose.

"We have seen for over a decade that that conditional species program, not the prohibited species listing, does in fact close the barn door and even plugs the hole in the canoe kept in that barn," Goss said. "This prohibited species proposal is uncharted territory for species heavily found in trade."

The designation change drew more than 150 people to phone into the remote meeting on both sides of the issue.

Daniel Perez, describing himself as a reptile keeper, educator and zookeeper, said issues confronting the state were caused by a prior generation of reptile handlers, and people like himself are working with the commission to capture invasive species.

"Banning these animals is punishing those same people that are out there, putting hours of work removing these invasive species," Perez said.

Marcus Cantos, who has worked for decades with reptiles, asked the commission to delay the vote until in-person meetings could be held.

"We are not having our day in court on this, and we implore you to move this important issue to a live in-person commission meeting, where stakeholders can bring to you the rest of the story of how closing the regulatory gap really actually impacts Floridians," Cantos said.

Pedro Ramos, superintendent of Everglades and Dry Tortugas national parks, said for all the money being spent to restore the Everglades, the "war" is being lost against the invasion of non-native pythons and other reptiles.

"We want to restore the Everglades and succeed on it. But we're not going to do it for a bunch of weeds and animals that don't belong here to begin with," Ramos said. "So, we got to keep up this fight and get better at it."