Mother terrified by man she says tried to kidnap child

TAMPA, Fla. - Police say a North Carolina man tried to wrestle a 4-year-old child from his mom inside a Westshore hotel room, but bystanders and an off-duty deputy were able to intervene.

According to police, it was around 6:30 p.m. Saturday when Desmond Johnson somehow entered the family’s room at the Hampton Inn on West Laurel Street. Inside the room, three young children were sitting on the bed while their mother was in the bathroom.

That’s when police say Johnson grabbed the 4-year-old. The kids started yelling, causing their mother to rush out. She began battling Johnson for the child.

The occupants of a room across the hall heard the commotion and tried to bring the family into their room to protect them. But police say Johnson followed and began fighting with the bystanders, even pulling the child out into the hallway. 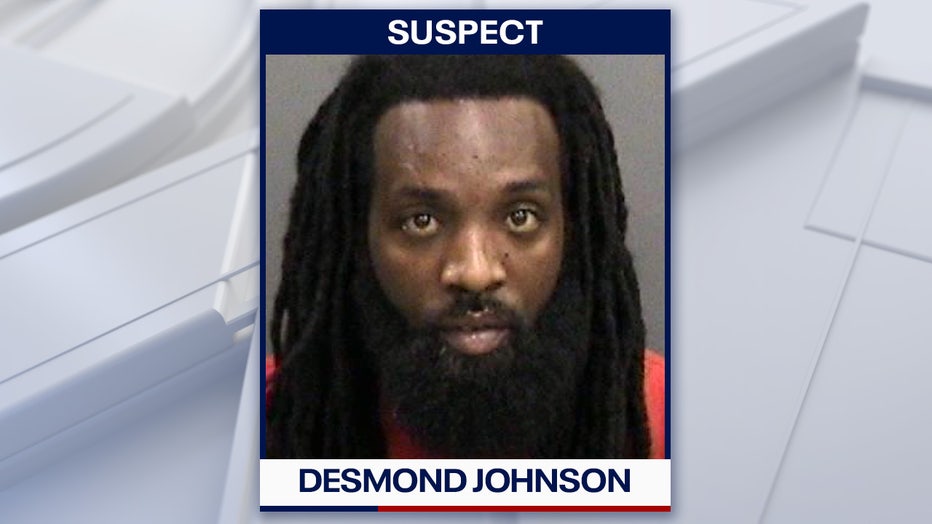 That’s when an off-duty Palm Beach County deputy happened by. He held Johnson until police could arrive.

Johnson, 33, was charged with two counts of burglary with battery and one count of attempted kidnapping. The mom and the kids were all unharmed.

The Palm Beach County Sheriff's Office released the following statement after hearing about its deputy's actions:

The Palm Beach County Sheriff’s Office learned today that one of our deputy’s, D/S Corey Reece, while off duty, was instrumental in saving a young child from being kidnapped.  We are very PROUD of his quick actions and attention to what could have been a very volatile situation. D/S Reece has been a deputy with PBSO since October of 2017. His Sergeant advised that he is a true professional and never shy’s away from any challenge he faces.

Any possible motive was not clear; police say Johnson was not known to the mother or the children. Police listed his address as Rose Hill, North Carolina.