HART CEO to remain in place during investigation

TAMPA, Fla. - Hillsborough Area Regional Transit Authority CEO Adelee Le Grand will not be suspended while an independent investigation is conducted into allegations she created a toxic workplace.

The agency's Board of Directors voted on a motion Monday to suspend Le Grand pending the outcome of the investigation, but the result was a six-to-six split vote, so the measure failed.

Prior to the vote, Board Chair and Hillsborough County Commissioner Pat Kemp explained why she proposed a suspension.

RELATED: HART to launch external investigation into CEO after allegations of a hostile workplace

HART's board approved an independent investigation last week after a HART employees' union representative, Ismael Rivera, accused Le Grand of fostering a hostile workplace, then called for her resignation or termination.

The investigator will also look into how HART's fourth-highest paid worker was able to double-dip, working two high-paying jobs at the same time for transit authorities in Tampa and New Orleans.

READ: More than 63,000 rode SunRunner in its first month of operation

"[The work environment] was hostile. That is true statement," he said "I don't make these things up. I work for the union. I listen to what the people tell me." 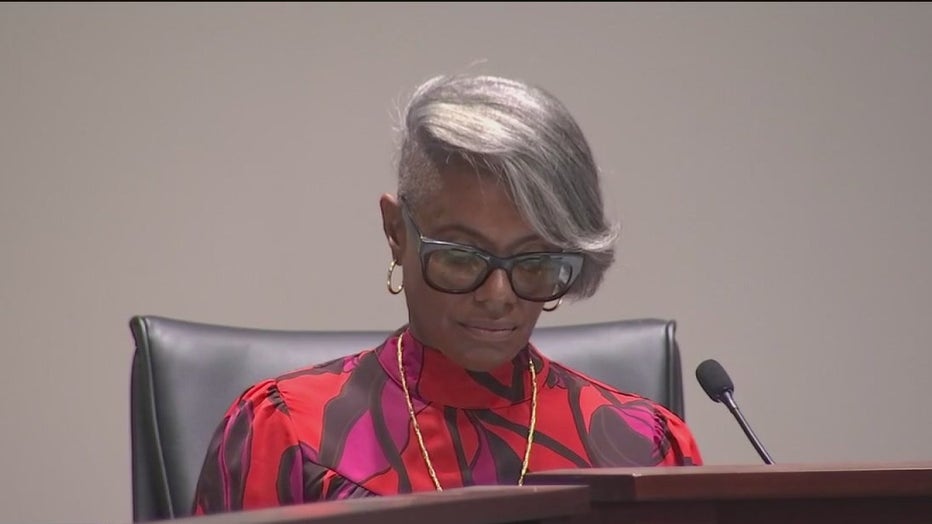 Le Grand has said she didn't know her employee was double-dipping.

Her supporters, meanwhile, include Tampa Mayor Jane Castor, also a member of HART's board, and some of her employees who disagree with the union.

"At the very time that HART needs leadership, we're talking about benching the leader of heart for up to two months," Castor said.

"I ask that we have Ms. Le Grand's back, and we just stay focused on having her back and let her move us forward," the employee said during public comment.

The board did, however, pass a follow-up motion, instructing Le Grand not to interfere with the investigation.

"I have no desire to interfere with the process," she said, reiterating she was hired to bring stability to HART after decades of turmoil, including six different CEOs between 2018 and when she was hired in 2020. "It's going to take several more years to really delve into changing a culture of an organization, but it requires the work, and it requires the commitment from the board as well as from the leadership team."

The HART board wants the investigation wrapped up in the next two months.