TAMPA, Fla. - Deputies shot and killed a man who stabbed his mother in their Tampa-area apartment complex Thursday morning.

The Hillsborough County Sheriff's Office said 22-year-old Romelo Barnes attacked his mother at the River Point Apartments, located in the area of Puritan Road and Hidden River Drive along the Hillsborough River.

Sheriff Chad Chronister said the woman ran from the apartment and called 911 for help. When deputies got there, they saw Barnes holding a knife with a knife. They gave him several orders to drop the weapon.

When he refused, deputies released a K-9, according to Hillsborough County Sheriff Chad Chronister. 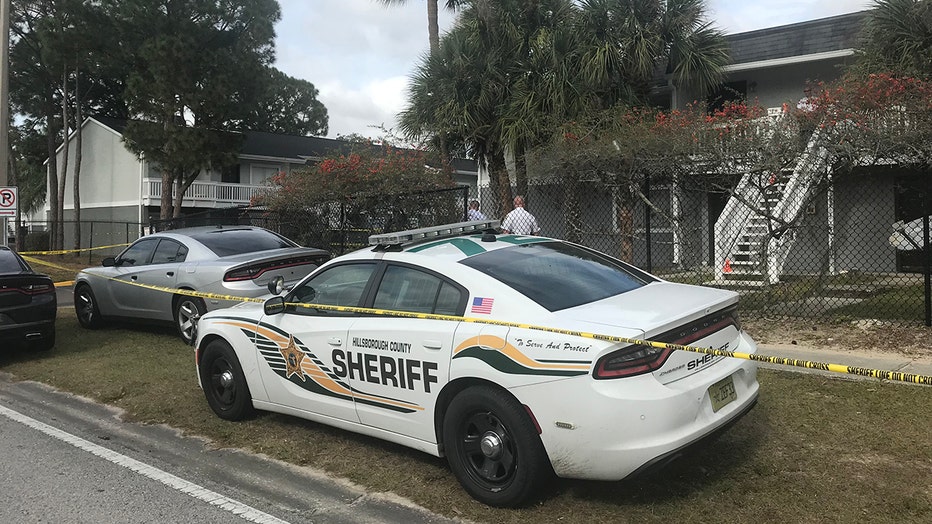 "The three deputies are still in fear for their life, and are forced to fire their service weapons, striking our suspect," Chronister said.

He said the sheriff's office received eight calls for service to the apartment in 2019, including three mental health calls and three domestic violence calls. The most recent 911 call was on Dec. 2, when the mother told dispatchers her son had mental health issues.

Investigators did not identify the man's mother but said she suffered a laceration to her hand.