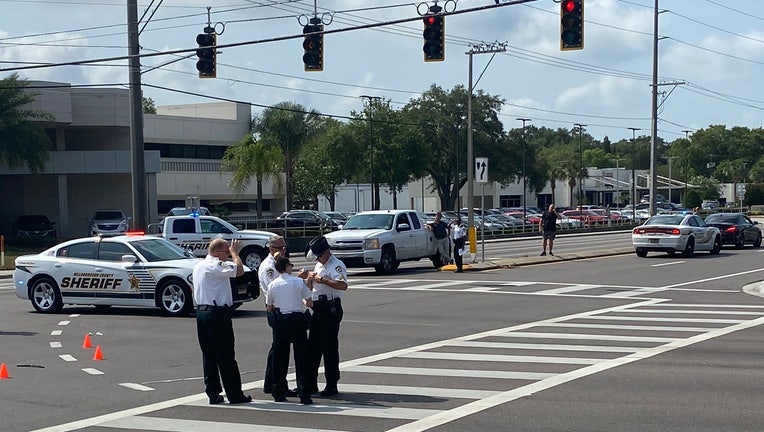 TAMPA, Fla. - A deputy has been hospitalized with serious injuries after he was struck by a car while pursuing a shoplifting suspect on foot.

As they investigated, deputies spotted one juvenile who matched the description of the suspects. The teen was initially being cooperative, but as deputies attempted to remove his bookbag, the boy took off running.

One deputy began chasing in a car, while 59-year-old Deputy Leonardo Stoll pursued the teen on foot.

Stoll ran into the intersection of North Florida Avenue and Fletcher Avenue, but didn't see a vehicle approaching and was hit.

Chronister said Stoll suffered extensive leg injuries, an arm injury and possible head injuries in the crash. The driver who hit him immediately stopped, and investigators say she was not at fault.

Other deputies were able to apprehend the teen, while the second suspect later returned to the scene and surrendered.

The suspects are 14 and 15 years old. One is currently on probation with prior charges of retail theft and aggravated robbery, while the other has prior charges of burglary and felony criminal mischief.

Stoll was hired by the sheriff's office in 2007 and previously served in the US Marine Corps. Chronister said Stoll has "quite a lengthy record of service to our country and our community."