A nest of baby sea turtles in Indian Shores got lost on their way to the ocean this week, and Clearwater marine aquarium rescued and returned 50 of them back to sea.

ST. PETE BEACH, Fla. - With the unofficial end to summer arriving – not in Florida standards, of course – many will be heading to the beach on Labor Day while it is still sea turtle nesting season.
Florida wildlife officials are reminding beachgoers to be mindful of those marked-off areas that have known sea turtle nests at its center.

"We ask the public not to mess with any of the nests, you'll see them marked off," explained Capt. Laura Warner, Volusia County Beach Patrol. "Please give them space. If we do have an emergency or the sea turtles are hatching, please notify beach safety personnel immediately so they can keep crowd control and people away from the hatching nests."

According to FWC, sea turtle nesting season falls between the beginning of March and the end of October.

According to Visit Florida, more than 100,000 sea turtles' nests can be found on Florida beaches every summer. Down in Broward County, the Sea Turtle Conservation Program noticed leatherback tracks Thursday morning at Pompano Beach.

READ: More than 50 sea turtles rescued after getting stranded due to artificial lights

No matter how cute they might be, if you see a hatchling on the beach, officials say do not to touch the turtle. Instead call FWC at *FWC or #FWC, or send a text to Tip@MyFWC.com. 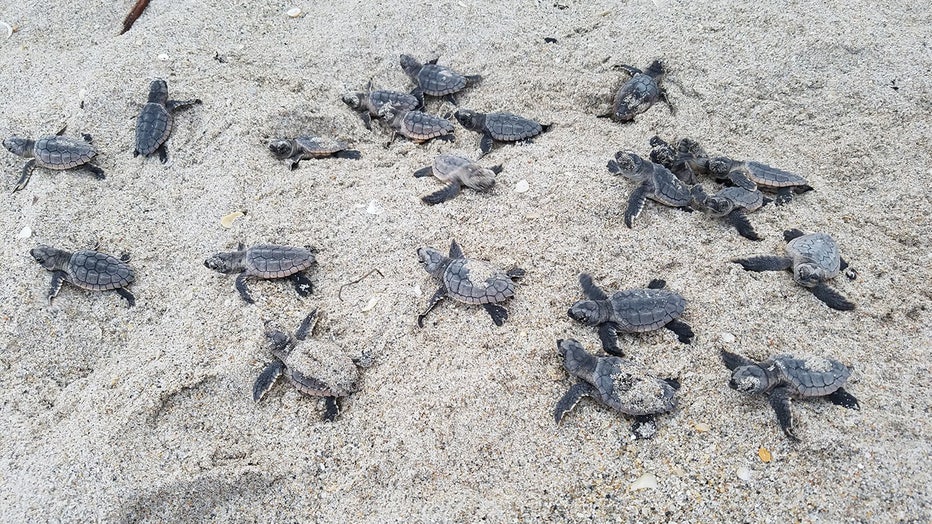