What started off as a fun hobby for an employee ended up as a tradition at the Country Skillet in Clearwater. Even after her passing, her coworkers and customers who became family continued the tradition.

CLEARWATER, Fla. - At one local eatery in Clearwater, it’s all about the nutcrackers. It’s a festive reminder of one former worker’s spirit.

The employees at Country Skillet along Roosevelt Boulevard are like family – and so are the customers.

"If you sat here all day long you'd see that it’s not just a show, everyone knows everyone," explained Steve Trizis, owner of Country Skillet.

They have been in business for a long time, even during the 2008 recession but their customers have been loyal and they keep coming back year after year.

A diner is a diner but there was one employee that "made a house, a home" years ago. Her name was Rowena. Sadly, the waitress who started a warm tradition at the restaurant passed away several years ago.

"She worked here forever and a day. She was the decorator of the group,” Trizis said. “She’d decorate for St. Patrick's Day, Fourth of July -- you name it.”

Whenever Christmas was on the horizon, Rowena would start putting nutcrackers on a shelf. 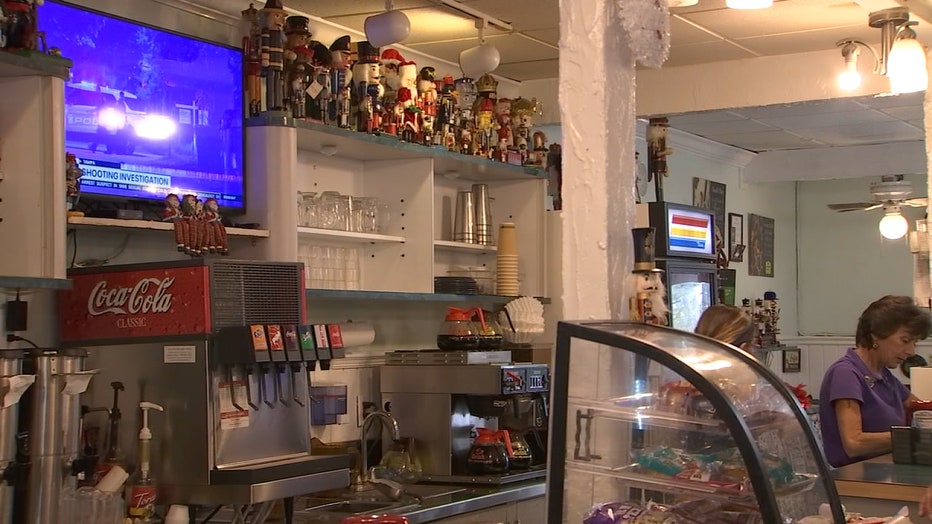 “Then a customer said, ‘I have a nutcracker I don't really need,’ and brought it to her and another guy did that, and another and soon it became a game to bring her a nutcracker she didn't already have," Trizis said.

In German folklore, the nutcracker is seen as the protector of the house. Like the nutcracker, Trizis ensured the Christmas theme will be protected along with her memory.

“We usually wait until after Thanksgiving, but then we'll put them up,” he said. “Then word travels fast. When they go up everyone thinks of Rowena.”