Talking to your kids about Capitol unrest

TAMPA, Fla. - By now we've all seen the photos and videos of the invasion at the U.S. Capitol and some may find it disturbing. For kids, it can be especially difficult to understand, which is why psychologists say it's important for parents to talk about it.

It’s been four days since countless photos and videos have shown a mob causing chaos at the U.S. Capitol. Millions of Americans--including our youngest---are now coping with it.

Dr. Rice says it’s important to make sure kids know they are safe at home and the people responsible are being caught. So far, at least 82 people have been arrested with more arrests are expected.

Dr. Rice advises asking your kids about what they've seen and get a sense of where they're at. When it comes to politics, she recommends simplifying it as much as possible. 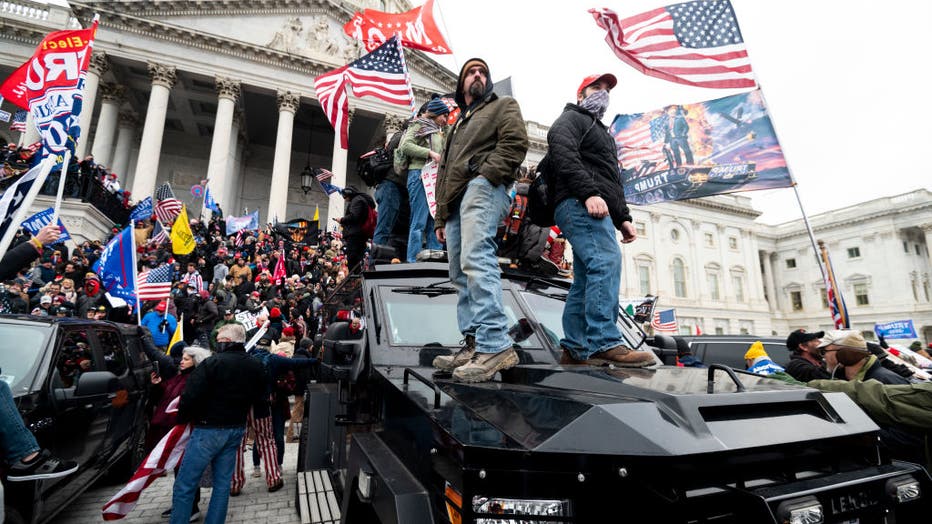 Trump supporters stand on the U.S. Capitol Police armored vehicle as others take over the steps of the Capitol on Wednesday, Jan. 6, 2021, as the Congress works to certify the electoral college votes. (Photo By Bill Clark/CQ-Roll Call, Inc via Getty

"Everyone is entitled to their opinion and people were very unhappy about the election and people have a right to be angry and there are different ways to express your disapproval. Many people believe that the way these people went about expressing their disagreement wasn't okay and people got hurt and killed," Rice said.

A Capitol police officer was killed after being struck in the head with a fire extinguisher. A rioter was shot and killed by a police officer. Plus, three others died as a result of "medical emergencies."

While politics can make it especially challenging to explain to your kids, Dr. Wendy Rice says it's all about the message you want them to take away.

RELATED Timeline of the pro-Trump riot at the U.S. Capitol; How the chaos unfolded

"This is complex and this is a hard thing for kids to understand so I think it's important to think about what your values as parents are and what are the messages you want to teach your kids," Dr. Rice.